The Power Of Jiu-Jitsu: How Kyle, BJJ Brown Belt, Pressure-Tapped a 260lbs Bodybuilder 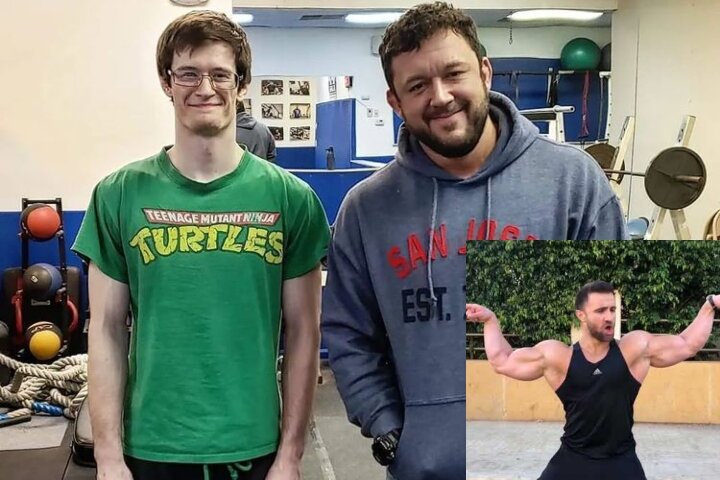 There’s no denying it… Brazilian Jiu-Jitsu can be a true superpower once you get good at it. It makes you tougher and better able to overcome hardships, both in training and life in general. And it can serve as a surprise factor for those who might be objectively stronger and/or heavier than you are.
One such story is of Kyle Krieger. As Tom DeBlass says, before BJJ Kyle wasn’t really an athlete. However, one day in training, he had served a “humility surprise” to an arrogant bodybuilder.

The young man to the right of me is Kyle Krieger. Before Jiu-Jitsu he was never an athlete, never very social, didn’t hang out with tons of people, and school wasn’t really for him. Yet, when he stepped on the mats he truly found himself.

A few years back we had a massive body builder around 260 lbs join our Academy. This dude was deadlifting 750 lbs. He was awesome to me, yet so many others would tell me of his locker room banter, him saying how once he trained live he was going to smash everyone.
Well, his first day of live training after he received his second stripe on his white belt, he was paired with Kyle who was a brown belt at the time. Within two minutes Kyle reversed the monster, mounted him, and made him tap from “pressure”. The body builder walked off the mats and never returned.

I even offered him free private lessons, as I wanted him to get over this mental barrier, but he never returned. His friends still think he’s tough I’m sure, but this ninja turtle glasses wearing brown belt (at the time) showed him what tough was.

Unfortunately, it seems that Kyle hasn’t been training for some time now. Hopefully this awesome brown belt will soon make a return to the mats!