Ryan Hall Explains Why He Shrugs After Winning A Match 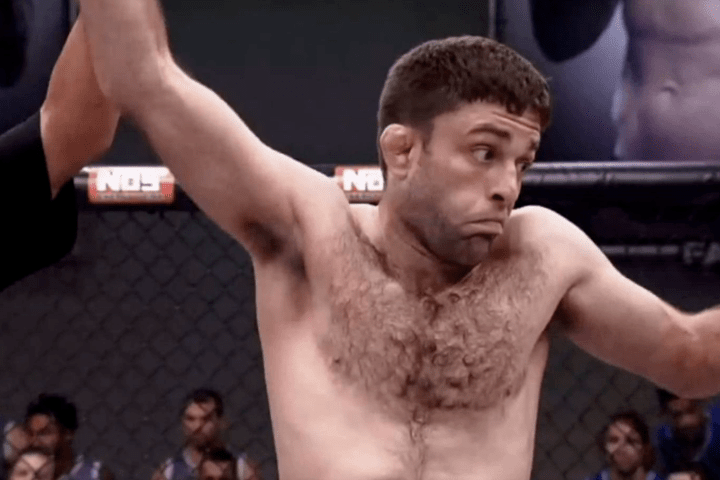 After winning just about any MMA match, Ryan Hall takes a look at the camera – and shrugs nonchalantly, as if he were surprised that he took the win. But why does he do that?
Hall was a recent guest of the MMA Hour podcast, where he explained why he shrugs after every win:

[It’s like] ah, well, that happened. You can win, and you can lose. Every single fight that I ever won, I could have lost.

He went on to explain the free-flowing nature of an MMA match, where anything, at any moment, can go in your favor or against you. He did so while reminiscing his bout against Ilia Topuira:

I could have easily knocked him out with the first spinning kick. He got super lucky. He’s got this like, baby deer legs thing, blocking a spinning kick that hits him right [in the jaw area].
If I’d have been better or luckier and it came [to his temple], that’s goodnight. But the shots that he landed were, frankly, lucky. He couldn’t make that happen. I made that happen. But they were on purpose, and they definitely weren’t pleasant, I can tell you that much.

It doesn’t mean that he doesn’t deserve to win. He fully deserves to win. But if he was able to hit me on his own, he would have done it prior.

Nevertheless, Ryan Hall explains that win or lose, he’ll keep pushing to make himself into the best possible fighter there is:

I would say I’ve had times in fights where I’ve been lucky. You step this way instead of that way, and I’ve gotten good outcomes and I’ve gotten bad outcomes. … So I guess what I would say is I’m here to learn, I’m here for the challenge, I’m here to fight with everything that I have and face the best opposition that I can. I just need to get the experience and need to keep pushing forward.

But win, lose, or draw, I will push forward.