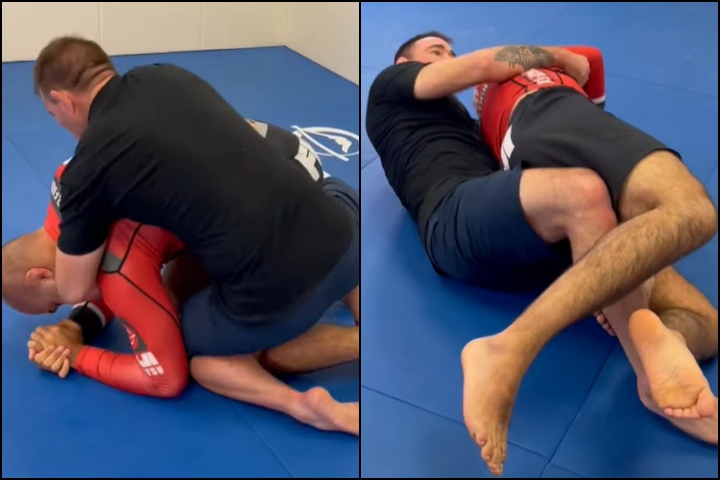 The best moves in Brazilian Jiu-Jitsu are, arguably, the ones which aren’t (too) complicated – and that you can resort to more often than not.

These high percentage techniques need to be learned and practiced as often as possible; such as, for instance, the following back take from Turtle!

The Turtle position in Brazilian Jiu Jitsu is one that you’ll commonly find both yourself, as well as your training partners and opponents in. So, it is of vital importance not only to know how to „play“ it right when on the defense yourself; but it’s equally important to know how to take advantage of the situation when your opponents turtle up.

Jake Shields demonstrates it on the video below:

Marcelo Garcia is a 9-time World Champion and known for getting to the back and finishing with the rear naked choke, even against much bigger opponents. This four-part system covers taking the back, jumping back takes, maintaining back control, and finishing from the back. Learn Marcelo Gracia’s famous Back Attack System. USE PROMO CODE “BJJEE TO GET 10% OFF.