Don Frye: “I Didn’t Need Jiu-Jitsu Because It Is Just Watered-Down Judo” 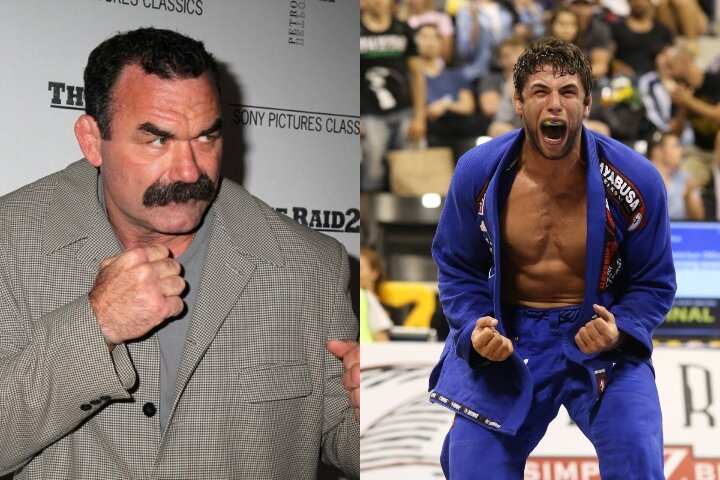 Don Frye is a mixed martial arts legend. Known popularly as “The Predator”, he was one of MMA’s earliest well-rounded fighters. That well-roundedness helped him win the UFC 8 and Ultimate Ultimate 1996 tournaments, as well as to finish as a runner-up at the UFC 10… In his very first year of competition!
Later on in his career, he fought his final fight in 2007 (Pride) and was inducted into the UFC Hall of Fame in 2016.

However, as well-rounded as he was in his fighting skillset, Don Frye never trained Brazilian Jiu-Jitsu. And not only that; but he also considers Jiu-Jitsu to be a watered-down version of judo.
In a recent episode of the “Dan and Don’s Toxic Masculinity Podcast“, one of the listeners asked Don why he never learned BJJ. He answered:

However, Dan Severn – his cohost – then prompted Frye to explain further. Because, as he emphasizes, Don’s utilized his ground game in the past and also has a judo background.
To that, Don added:

Yeah, I had judo and I had wrestling. Yes, and I had boxing. But I didn’t need it [Jiu-Jitsu]. F*ck it, I mean, Jiu-Jitsu is stolen from judo. So, why would I take a watered-down version of a better style?

Watch the entire conversation between Don Frye and Dan Severn on the video below: