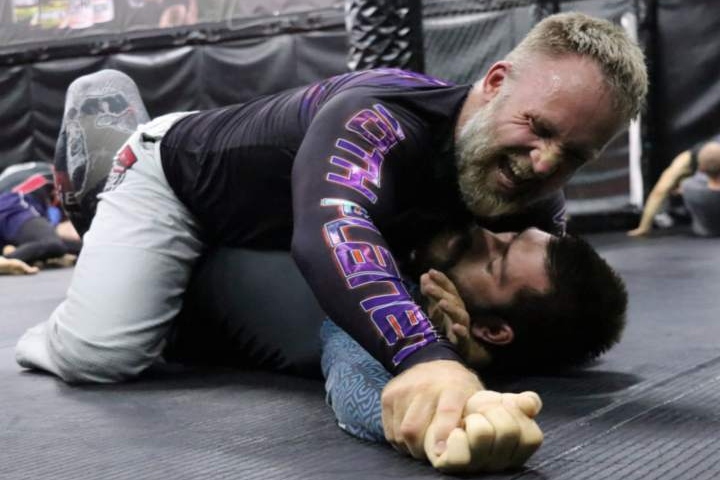 If you’re over 40 years old and you’re second-guessing whether you should start training Brazilian Jiu-Jitsu – stop. You should train BJJ and there are no reasons why you shouldn’t sign up for your first class (unless you have serious health issues).
Here are the top 4 reasons why people over 40 should train Jiu-Jitsu.

4 REASONS FOR PEOPLE OVER 40 TO TRAIN BJJ

First of all, you’re going to learn self-defense. You may never use it (and hopefully won’t), but it’s still good to know that you’re capable of defending yourself if the push comes to shove.
Even a little bit of training will go far in this regard. Just one year of BJJ will make you more skilled than an untrained person could ever be.

Secondly, you’ll become a part of a great community. People who train Brazilian Jiu-Jitsu are, generally speaking, kind and welcoming – plus, they come from all walks of life! So, if you’re looking to make new acquaintances and friends, signing up for BJJ is going to be a great choice.
Also, you’ll find that Jiu-Jitsu lowers your stress. Training and hanging out with fantastic people go hand-in-hand, so you’ll feel much better after a BJJ class than you felt before it.

With that said, training Jiu-Jitsu isn’t just about you. By being a BJJ athlete, you’ll become a better role model for your children and people around you; you’ll inspire them (by example) to lead healthy lives and to take care after themselves.
Plus, you’ll be in a better shape to keep playing with your kids as well! Unlike so many parents, you’ll be able to move around, run, and just be silly with your children for much longer than you’d be otherwise.