Walkout of The Year: Aisling Daly & Irish Fans to The Cranberries – Zombie 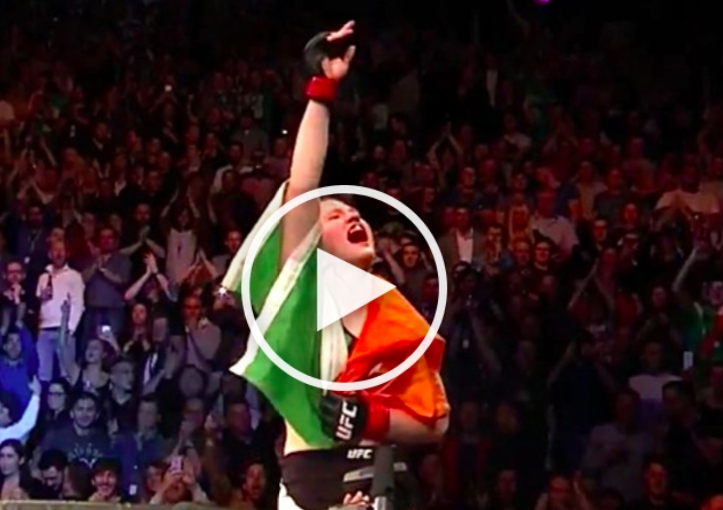 Aisling Daly is an Irish female professional mixed martial artist who competes in the UFC women’s strawweight division. A professional MMA competitor since 2007, Daly has mostly fought in England and Ireland.

Daly is well known for her participation in the reality TV series “The Ultimate Fighter: A Champion Will Be Crowned”, season 20. The 12 episodes featured a single elimination tournament that was used to determine two finalists to compete for the first ever UFC woman’s straw weight belt. Daly was eliminated in the quarterfinals, and as a result of her showing was offered and accepted a fight on the undercard of the championship fight, which she won.

Daly has competed in several divisions, including strawweight and flyweight. Daly has trained throughout her career at Straight Blast Gym of Ireland, under head coach John Kavanagh. She holds a brown belt in BJJ. 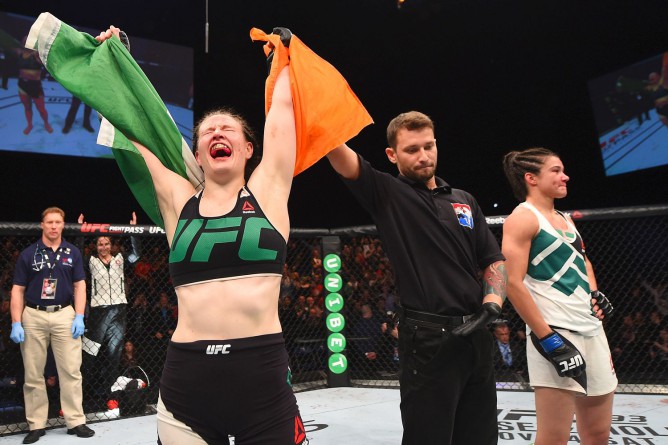 Daly faced Ericka Almeida on 24 October 2015 at UFC Fight Night: Holohan vs. Smolka. She won the fight by unanimous decision.

She blew the roof off Dublin with her entrance to Irish band The Cranberries ‘Zombie’ which the Irish fans sang along with her.