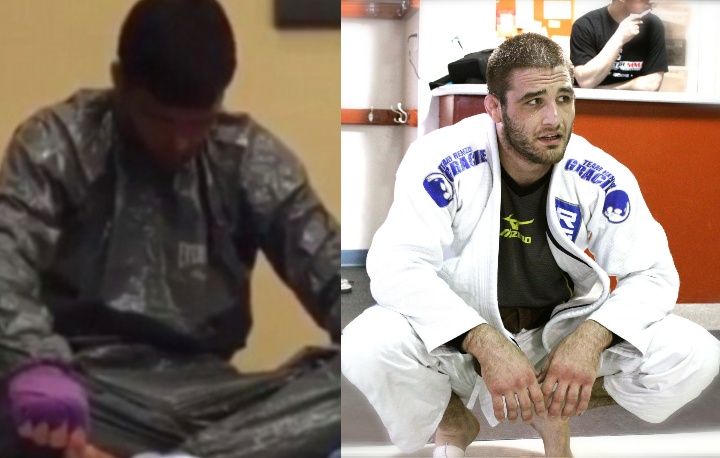 They say the first and most important battle for each and every fighter is the one with the scale. Martial arts and combat sports competitors are notorious with their extreme weight cutting which sometimes result in poor performances and in the worst case scenario – tragic cases. Is there a way to do weight cutting without harming your performance and long-term health? This might depend not only on proper nutrition, rest, training, but also in which organization you`re competing and when the weigh-ins are going to take place. In this article we are going to present you the different BJJ and grappling competition formats and give you some advices on how to beat the scale more easily at each of them. Please, be advised that this is not a weight-cutting program, but a presentation of how different BJJ organizations do their weigh-ins and a few tips for those who haven’t completed yet or struggle with choosing their weight division.

How IBJJF does it

In order to minimize the health risks of their competitors or just to get things done quicker the IBJJF has decided that you should weigh-in just before you compete. That’s right – you get called, you get your Gi checked, you weigh in and then you wait for several minutes in the so called “bullpen” and several more matside. That means you have no more than 20-30 minutes before you rumble. Hydrating yourself with 2 liters of water and a bunch of carbs and sugars is not the best idea in this case, as your body would not be able to digest and transform the nutrition into fuel. Take a few sips of water with some BCAA in it and have a spoon of honey or just a bite of banana, if you have been cutting weight. The last thing you want is to feel lazy and suddenly bloated in your first fight. The good thing about IBJJF is that you don’t have to weigh in a second time, however, there is not a big rest period between your matches, so you wouldn’t have time to have a solid breakfast or lunch and digest it.

The weight divisions have a 6 kg. difference which is better than in other organizations, but that still means you might have a hard time choosing your division. Extreme cutting (sauna, dehydration, running in a sweatsuit plus sauna, etc.) in the week of an IBJJF competition is not recommended. This kind of late weigh-in would be easier, if you reduce your body weight gradually in a period of a couple weeks with a nice diet and you can save yourself a lot of struggle and skip the part with dehydrating. Also keep in mind that you weigh in with your uniform (Gi or No Gi) and you have to be aware of the weight of it. Make sure you arrive at least an hour and a half earlier before your first fight, so you can check you weight on the non-official scale and do some cardio, if needed.

How ADCC does it.

ADCC Worlds is considered to be the most prestigious grappling competition in the world. There are 5 weight categories in the male division with 16 competitors in each. The matches are split in two days. The second day hosts the semi-finals, finals and the absolute division. Those 5 divisions start from -66 kg. and end with +99 kg. There is an 11 kg. gap between each of them which makes a lot of fighters cut a lot of weight just to get to the lower division. However, you have to be really careful with that, because if you win your matches in the first day you have to weigh in in the second day also. You don’t weigh in right before you scrap, but in the morning and have just a couple of hours to hydrate and recharge with some quality nutrients. Considering the fact that this event happens only once in two years, you have to be a professional and manage your diet properly, as you wouldn`t have the time to recover and gain back weight as you would have in a professional MMA bout or some BJJ submission only/invitational events where the weigh-ins are in the day before. The ladies don’t have much of a choice with the divisions. There are only -60 kg. and +60 kg. divisions at ADCC for women. This could be a problem for some female competitors that are just above 60 kg. but don`t want to fight with 80+ kg. opponents like Gabi Garcia and Carina Santi. However, as for now there is no information that another women division will be added. Most of us might never compete on this level, but this information can give you an understanding on just how tough professional grapplers are.

How AJP does it

Abu Dhabi Jiu Jitsu Pro has this weird thing where the divisions get further away from each other as they go up. For example, the difference between light-feather and feather is 6 kg, but between middle and light-heavy is 9 kg. This means that, if you are a smaller competitor who wants to compete at AJP you`d have an easier time choosing your division. The good thing about the weigh-ins at AJP is that they could be done the day before the competition and you don’t need to wear your GI on, just a T-shirt and shorts. Not all AJP competitions have an early weigh-in, but the for the ones that they have you could go a bit more extreme, as you would have around 18 hours before you step on the mats. Sweating off 2-3 kilograms on the day of the weigh-ins by exercising or sauna can be properly compensated with the right amount of water, salt, carbs and rest. Even if you fail at the weigh-ins, you can still compete at an AJP event, but in the upper weight class. This is also more beneficial for smaller guys and girls due to the fact that the next weight class will be not many kilos away. Nevertheless, if you plan on competing often at those events you would rather skip the big weight cuts and maintain your weight with a proper diet. Regular cutting could be harmful to your kidneys, intestines, heart and you might not see it coming, because you feel good on the day after the weigh ins.

Advice from the author.

Most BJJ competitions don`t give you much time to recover after the weigh-ins, so unless you are having a professional helping you with your weight cut and you are a full-time athlete, just don`t do it. You probably wouldn’t have that big of a size advantage and your stamina and strength will definitely suffer as the clock runs and you get deeper into the tournament. In the tournaments with a big gap between the weigh-ins and the fights you can go a bit more extreme with the weight-cutting and be heavier than your opponent on the big day, but being fit and overall better in BJJ will take you further and will be wiser for your long-term health.

After his videos: How I mentally prepare for a BJJ/ Judo competition and How I Make The Most Out Of Training Sessions, Correcting Mistakes & Mental Toughness this is a description of how World class judoka and BJJ brown belt Travis Stevens cuts weight for BJJ and Judo tournaments. Very good advice here: