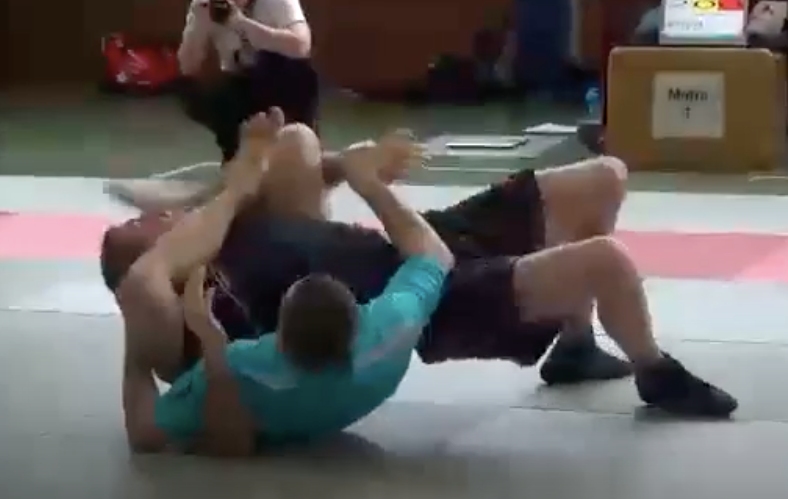 German-Serbian BJJ black belt and MMA fighter Alexander Neufang is known for his triangles, Kimuras and crazy sense of humor. In the “Submissao” competition in Germany, Neufang was able to submit his opponent with some incredible inverted triangle.

Neufang even recently tested his Kimura power by Kimura-ing (is that even a word?) a whole leg of ham. 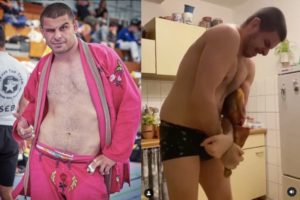 Alexander Neufang shows how he sets it up. Its called Puppet master to either, sweep, armbar or traiangle.