The Art Of The Korean One Handed Seoi Nage 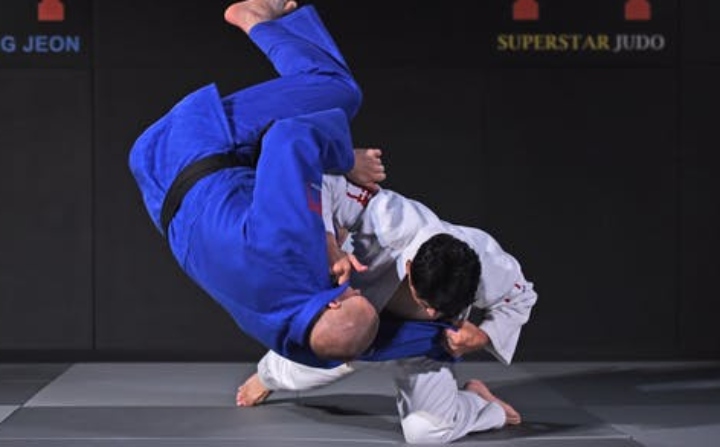 Here is a great example of a one-handed Seoi Nage that this is usually performed against same stance opponents.
This version is right to right as the opponent attempts to get a high right handed grip Chun drops underneath of the right-hand, cross grips his opponents lapel and on the left hand pretends to fend off the opponent’s right arm as the right arm comes in strong and catches it.

If you look carefully, you will see that after he catches his opponent’s arm, he releases the grip and the arm acts more as a guide to the direction of the throw.

Although the throw is one handed for throwing direction and the drive is similar to a normal drop morote seoi nage,
the energy is not forward but slightly diagonal. This is another great technique of the Koreans based on the element of surprise.

Adam Wheeler is a Olympic Medalist in Greco Roman Wrestling, BJJ black belt and Masters No Gi World Champion. Adam starts with a 2 on 1 where he sets up an unorthodox head and arm control and ultimately snap his opponent down