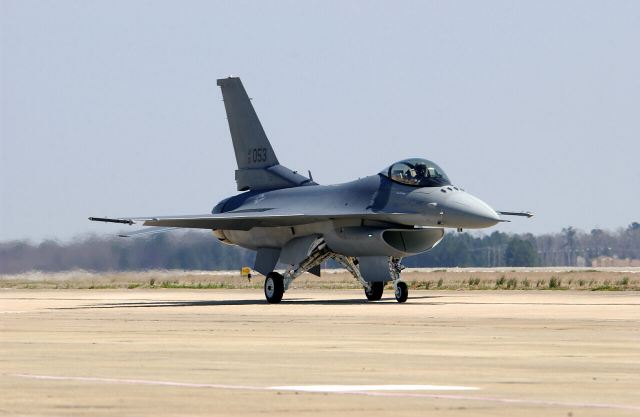 Aviano Air Base is a NATO Air Base under U.S. Air Force administration in northeastern Italy, in Friuli-Venezia Giulia region. It is located in Aviano municipality, at the foot of the Carnic Pre-Alps, or Southern Carnic Alps, about 15 kilometers from Pordenone. We had the chance to Interview Alex Spade who is a medic on base. Alex runs the trainings at Aviano BJJ. Let’s hear what he has to say about BJJ’s popularity on the base.

1. Hi Alex, can you please introduce yourself to the BJJ Community of Eastern Europe?

My name is Alex Spade and I am 26 years old. I am a Brazilian Jiu Jitsu purple belt under Gianni Bertazzon. I moved around a lot as a military child, but I call Houston Texas my home. I only got serious about competing in the past year. Last year I was able to win the 65kg division at the Italian cup, and earned a bronze this past weekend at the Milano Challenge. I’ve shifted my focus and I’m very excited to make a splash on the European scene this year starting with the Euro’s in January.

Growing up I was always exposed to martial arts in one form or another. My Dad and my uncle were both heavily into Judo and some of my earliest memories were of them wrestling around on the carpet. I still remember watching UFC 1 in the living room with my Dad and being in awe of the little guy in the gi who always found a way to beat everyone. Around that time my Dad got an assignment to Misawa, Japan. I was only there for a year, but I was able to train Judo in the local community. I couldn’t have been more than 12 years old at the time but I distinctly remember being in awe of the intensity at which they trained and a little intimidated. An unrelated injury forced me out of training there for the entire year but I was able to learn firsthand what tough training really was.

I’m disappointed to say I didn’t participate in any organized training for a long while after that. I would fight with my friends and considered myself a pretty tough guy. It wasn’t until I was about 20 years old and I got into a pretty drawn out street fight that I realized I was vulnerable. I was able to use my limited skills to come out of the encounter on top, but I was troubled by how narrowly I was able to do so. Later that night watching TV I saw a commercial for a place called Elite Martial Arts and my Journey started. I tried the free class and from then on I was hooked. I trained about three days a week until I joined the Air force which put about a yearlong hold on my training. Once I arrived in Colorado at my first assignment I picked up training again. I was there for a few years and received my blue belt shortly before getting orders for Aviano, Italy. I got here in October of 2012 and have been splitting my time training on and off base ever since.

3. Please tell us about the BJJ academy that you have created in Aviano Airbase and the group that trains with you.

When I arrived on station the first thing I started trying to do was find BJJ. I had no luck with Google searches and after about a week I was really starting to get alarmed. I had one Gracie Jiu Jitsu shirt I was wearing practically every day hoping someone would approach me about training. Finally a guy at the gym saw my shirt and told me there was a group of guys that rolled on base. When I first started training on the base there was a purple belt running a small class and as a blue belt I happily settled right in. Before long the job called him away so I begrudgingly took over running class. I was a relatively new blue and I wasn’t very confident in my teaching skills. I committed myself to teaching only the fundamental techniques that I knew very well and was able to train up a pretty good stable of guys, many of which are now blue belts who keep me on my toes today.

4. Is BJJ also a part of the US Air Force training? What do your work colleagues think about your training?

Personally I have never received any sort of BJJ training as part of my military career. Depending upon the job and branch of the military, there are basic hand to hand combat techniques which are taught, but I have never been trained as part of my job as a medic. I am fairly sure that most of my work colleagues think I am crazy. While they are enjoying Italian food and taking day trips every weekend I am “starving myself” and locking myself up in a hot gym to roll around. I’m sure all grapplers know the feeling. All sarcasm aside my coworkers are extremely supportive. I am able to get time out of work to compete and work out. I am extremely fortunate to have as much opportunity to train as I do outside of being in the military and going to school full time. I work as a physical therapy technician so I get the benefit of learning about yoga, kettlebell training, diet and all types of other things which are directly beneficial to my jiu jitsu.

5. You also train at Italian academies off the base. Please tell us about those academies and the training there.

Shortly after finding the training group on base I learned of some off base training opportunities. I needed to be pushed so I went and tried a few out. I checked out the Caimani Team in Treviso and after a thorough ass whooping I knew this was exactly where I needed to be. I was a little nervous as an outsider who didn’t speak the language but that was quickly washed away as everyone was extremely friendly and welcoming. I can genuinely say that everyone at that academy is like family to me and it would mean the world for me to be able to have some success this coming year under their flag. If you are ever in Northern Italy and are serious about BJJ, training with the Caimani’s is most definitely where you want to be.

6. Who are BJJ players that you admire, and why?

Man, there are so many it’s tough to pick. I would have to say my number one guy to watch is Ryan Hall. His philosophy on Jiu Jitsu and approach to teaching really resonate with me. Triangles, and rolling back takes have become a big part of my game so I always love picking apart the strategies he uses to pull them off at a high level.

7. How often do you and your guys compete at local BJJ competitions?

None of us are ever at Aviano for very long so everyone is always relatively new. That being said time is short so me and a few of my guys are hoping to get our names out there this coming year. Last year we competed 2-3 times. Now that we have a steady stable of guys and we have training all figured out, look for us to have a few representatives, myself included, at every major tournament we can feasibly attend. Without a doubt we will be at all the major Italian Tournaments.

8. How would describe your style of Jiu-Jitsu? How about your teaching style?

My style of Jiu Jitsu revolves around the idea of maximal effect with minimum effort. As a smaller not particularly athletic guy, I feel like to be effective I have had to adapt this sort of style. Of course, I’m still early into my journey so who knows how my game will develop in the future.
When teaching I like to try and communicate the underlying concepts that make a particular technique effective rather than focusing solely on the techniques themselves. I have found that in my game, I have made the biggest breakthroughs when I was able to make those connections. If I understand the principles behind why a specific sweep works, for example, I might be able to apply that understanding to pulling off a different technique in a similar situation because the underlying principles are the same. If I only understand the technique and don’t have a handle on the underlying concepts that make it work I am only effective in that one scenario. It’s the difference between learning one move and a thousand.

Next up is the Slovenian BJJ Open on the 8th of December and the Europeans in January. Past that we plan on competing and traveling to train at least monthly. I look forward to getting out and meeting some more of the European BJJ community. Everybody has been extremely friendly and all the Jiu Jitsu seems to be at a high level. What little part I play in growing it here in Italy is very exciting to me.

Thank you for your interest and support. You guys are awesome!