The Man Behind “We Love BJJ”: The Multi-Talented Wanderson M. Dos Santos 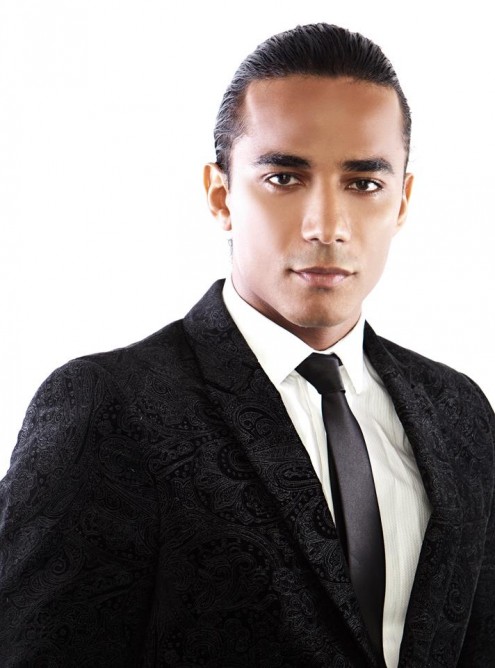 We Love BJJ is one of the most popular Facebook BJJ pages, which produces daily news about all things BJJ related (if you haven’t already, go like their page). The person in charge is Wanderson Dos Santos, a Brazilian living in Miami. In this interview with BJJ Eastern Europe, Wanderson talked about his love for Jiu-Jitsu, His work ans a model, and as IT specialist.

1- Hi Wanderson, can you please introduce yourself to the BJJ Community of Eastern Europe?

Hello, my name is Wanderson M. Dos Santos, I’m 29 years old and I’m a purple belt in BJJ. I was born in the south of Brazil, in the charming Sao Paulo. Moved to Miami 6 years ago and have been training BJJ and MMA at MMA Masters ever since.
Main Tittles:
4x Jiu-jitsu champion at NAGA
4x Submission Champion at Grapplers Quest
2x Medals at Abu Dhabi Pro Trials 2013
2x Medals at De La Riva Cup
Medalist at Campeonato Paulista in Brazil
Medalist at Nitrous Tournament
Medalist at Copa America Grappling Championships
Itaim Paulista Tournament Champion in Brazil 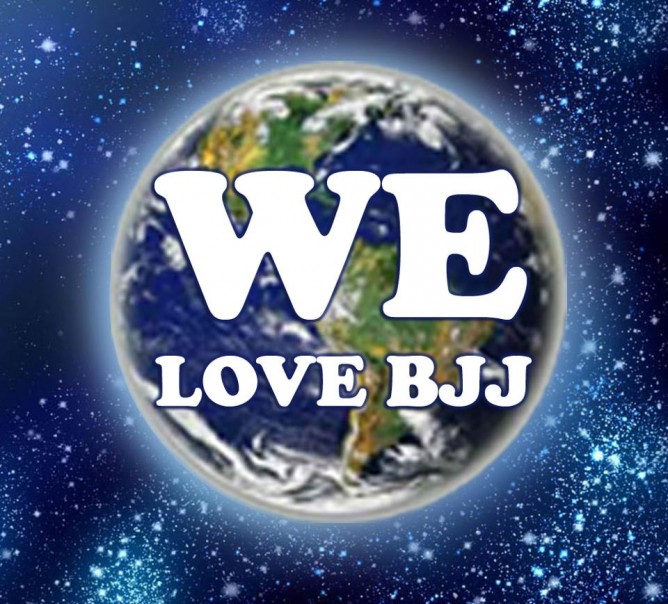 Streets in Brazil are tough. Being the son of a single mom I had to defend myself since first grade.
Because of that, I practiced capoeira (Brazilian Martial Art), when I was a kid and some karate, but I never felt completely in love with any of these martial arts. On that period Jiu-Jitsu was always in the news in Brazil because of the Jiu-Jitsu gangs that would get into fights inside the clubs, but it was very expensive to practice. It was kind of reserved to the elite if you will. Later on, during my early 20’s when I was living in Madrid, Spain, there was a huge Brazilian that was known to be a Jiu-Jitsu guy. He was knocking everybody out and then stealing from them and for my luck one day we met in the middle of the street. He came asking if I lived in Barcelona before and then said that he wanted 20 euros or he would smash me. I dodged a few of his punches until I was able to run upstairs to call my friend to help me. When we went down again and he saw the guy in the middle of the street he ran away and left me alone saying “forget about it, he knows Jiu-Jitsu”. Since that day I made up my mind that I would never feel that helpless again and for sure I would learn some Jiu-Jitsu in the process. After that I did Jiu-Jitsu in Brazil for 3 months before coming to Miami and felt in love for the “Arte Suave” right away.
When I got to the U.S., I was again in a position where Jiu-Jitsu was too expensive for me at the former Team Nogueira in Miami, so I kept watching everybody train from the workout area wishing to get my chance to train. That was when current CFA welterweight Champion Marcelo Alfaya saw me and offered to start teaching me some MMA and BJJ in exchange of English classes. After a few weeks training all the basics with him, I was already able to pay for the group classes so I joined the team. Eventually, Nogueira Team closed and I stayed with their Jiu-Jitsu coach, World Champion Daniel Valverde, a black belt under Oswaldo Alves under whom I still train under at MMA Masters.

3. How did you decide to start We Love BJJ? (Please tell us about how it started and how is it developing etc..)

It was on my last birthday. I was at home and felt like I wasn’t getting enough knowledge about Jiu-Jitsu. So I decided to start looking for more information about it on the web. I had never been a guy to be looking up for online knowledge on Martial arts and when I did, I felt like the Jiu-Jitsu scene was in need of more support towards spreading the culture. So I decide to create “We love BJJ”, a Brazilian Jiu-Jitsu Culture brand focused on spreading this beautiful art. I had always been a BJJ/MMA fan since I saw Royce at UFC 1 in a VHS in Brazil, so I started making memes with the knowledge I had, but I wasn’t sure where it would take me back then. Today I have covered the Worlds, a few IBBJF tournaments, the Abu Dhabi Trials and some MMA events. Recently I started producing a monthly program on Jiu-Jitsu Culture Called “The Jiu-Jitsu Experience” where renowned fighters and coaches get interviewed to talk about the Jiu-Jitsu scene, a “We love BJJ” – Weekly video with techniques, and a line of sports clothing that is in production. 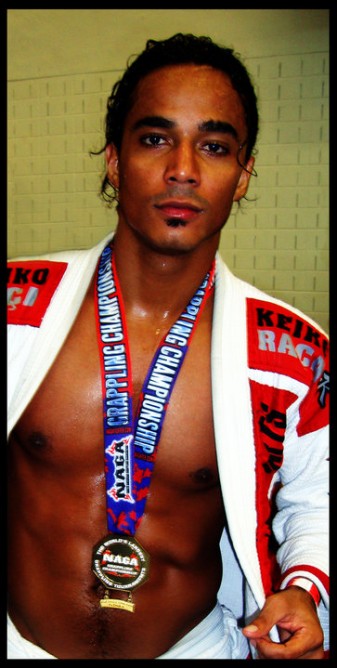 4. Please tell us your work as an actor/ model/ It specialist/ Photographer (did I forget something?)

I’m all about arts, which definitely includes martial arts, but I’m passionate about other arts too. I have modeled and acted for almost 4 years. I have done a few short movies, music videos, soap-operas, and some commercials including one for Ford with Enrique Iglesias and recently one for Blackberry.
At the same time I’ve been the IT Director for the past 5 years to the Italian Cultural Office in Miami and the Italian Consulate. Last year I did a yoga teacher training and I’ve been teaching a Yoga/BJJ class every Saturday in Miami Beach at the “We love BJJ” house, where we breakdown all the trending techniques followed by kayaking or swimming. Last but not least, I had my first photography art exhibit in 2011 at the Miami-Dade Main Library on downtown Miami, which motivated me to move forward with my second art exhibit. This second exhibit will have its opening on October 5 at the Italian Consulate in Miami showing some of the story of Martial Arts in the Occident using images created by me, paired with sounds and videos.

5. Please tell us about your BJJ academy

Located in the heart of Downtown Miami, two minutes away from the American Airlines Arena, MMA Masters specializes in Brazilian Jiu-Jitsu, Muay Thai, Boxing, Judo and wrestling. The head couches are Cesar Carneiro and Daniel Valverde. Master Cesar Carneiro was born in Salvador, Bahia, Brazil. Considered by many to be a legend in the world of Capoeira, Master Cesar was instrumental in popularizing the art in the United States. Daniel Valverde was born on the 10th of August 1976 in Salvador da Bahia, Brazil. He is a Jiu-Jitsu World Champion and a black belt in Judo and Jiu-Jitsu. In 2009 Daniel Valverde paired up with Cesar Carneiro to found a new team called MMA Masters, Valverde being the wrestling and BJJ coach, while Carneiro taught the standup realm of the game.

I want to thank God for giving me the strength to keep moving forward regardless of all the adversities, my team MMA Masters for everything I have learned there and for supporting me throughout the years. My sponsors, the Societa’ Dante Alighieri in Miami, Hy vong, Blissberry, Jairo’s Medical equipment, and Dr. Javier Vasquez for their amazing support, . If you ever come to Miami make sure to contact me to train with us at the “We love BJJ” house. You won’t regret it!