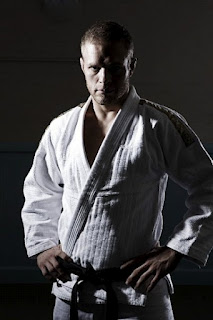 1.Hi Nic, can you please introduce yourself to the BJJ community of Eastern Europe?

Hi guys! My name is Nic Gregoriades, I’m a bjj black-belt originally from Cape Town, South Africa. Currently I live in London where I teach Jiu-Jitsu at the Budokwai and sometimes at the Roger Gracie Academy. My main titles are:

I had always taken a great interest in martial arts as my father is a black-belt in Karate. I started training Judo at age 7, and then began no-gi submission grappling. After that I began to train in BJJ at the Roger Gracie Academy when I moved to London. Now I’m dabbling a bit in boxing, wrestling and MMA.

3.UK Bjj has really grown up fast over the last few years, and some new international champions have emerged in the lower belts (Luke Costello, Stephen Martin etc). How do you view the BJJ community in the UK and do you think it lead the way in Europe? Which European countries produce the best BJJ at the moment in your opinion?

We have such an amazing community here in the UK…how could we not with guys like Roger, Braulio and Lagarto living here? Although the UK lags behind the USA and the rest of Europe (because they neglected their wrestling culture in favour of lame sports like cricket for the past 100 years!) we are catching up fast. I don’t think we lead the way in Europe – I would have to say Scandinavia is at the cutting edge of grappling on the continent now.

4. What can you tell us about the Jiu-Jitsu Brotherhod association and about your most successful students? What do you offer students that other academies don’t?

I started The Jiu-Jitsu Brotherhood because I felt that the ‘team vs team’ mentality I encountered in the sport was outdated. Jiu-Jitsu is made for everyone and that’s what the Brotherhood is all about. As per my top students, they are John Killibarda (Brown Belt) and Michael Kong (Purple Belt). These guys really represent the true essence of martial arts – they are humble, composed and always willing to share and teach. I’m very proud of them and all my other students.

5. What do Maurico Gomes and Roger Gracie represent for you?

A few years ago, I would have said the usual names like ‘Roger, Marcelo, Galvao’ etc…but these days the guys I admire the most are those that still do bjj despite having to overcome huge setbacks in life – guys with disabilities, guys from poor families, people who work 12-hours shifts and still get to class every night – these are the reall BJJ Heroes in my eyes.

7.Can you tell us about BJJ in South Africa? Do you follow the progress of BJJ and MMA in that region?

South Africans are naturally pretty tough guys and so they are picking up the sports quickly. Guys like Chris Bright can easily hang with elite level bjj and mma atheletes.

8. You have competed a lot in the past. At this stage of your life where do you stand regarding competition? Are you focusing more on teaching, or you can do both?

For me competition at this stage in my life is just about fun and getting to know myself better. There is no pressure to perform because I don’t take it seriously. I understand that my competitive results are not linked to my sense of self-worth.

I’ve always been a leg-lock guy (in particular the knee-bar) but ultimately I would say my favourite submission is the one that makes my opponent tap! I like to remain fluid and not commit to any technique or sub – I just try to take what he gives me.

The one my opponent lets me do! But seriously, at the moment I am working with Roger’s Chest-Pressure Pass from the Ankle-Isolation position.

11. Who are the toughest or most accomplished fighters that you have faced in competition?

The three guys in my career who spanked my ass the worst were, in this order: Romulo Barral, Octavio Sousa and Claudio Mineiro.

The Jiu-Jitsu Brotherhood is growing nicely with affiliate schools in several countries, so I am going to focus on that and spreading my understading of the gentle art throughout the world. For me personally, I am just learning to enjoy the moment both on the mat and in life in general.

13.If you want to thank somebody please feel free

Thanks to all my jiu-jitsu brothers and sisters throughout the world who have always show me kindness and respect. We are all one!