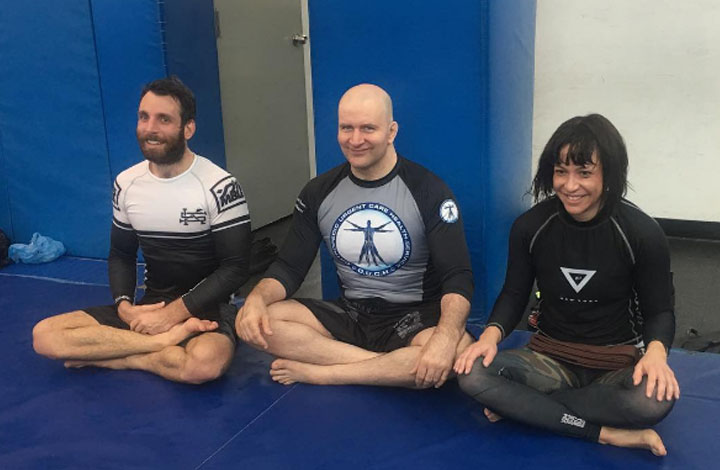 Ottavia Bourdain has just received some great news. Her coach, the infamous John Danaher made the decision to promote her to brown belt level!

The promotion comes as fruit of 5 years of labor. She is quoted writing in the Lenny newsletter that her bjj journey started close to a decade ago:

“I began kickboxing on the Upper East Side shortly after the birth of my daughter nine years ago. The gyms and locker rooms there smelled of fresh blowouts and nail polish. Like me, most of the other women were there to “get their body back” after pregnancy or to learn self-defense. But even after I had “gotten my body back” and finished the self-defense classes, I found myself wanting more. I was hooked. When I decide I like something, I go in all the way. And what I really liked was hitting my instructors. So when they told me I should train in jujitsu.”

On how jiu-jitsu has changed her life:

“My body has changed, dramatically. I have changed. My husband half-jokes that he married Sophia Loren but ended up with Jean-Claude Van Damme. But there’s something to that. I’m not the same person. I’m hard now, physically and mentally. The confidence I gained is something I’m proud to share with my daughter, who, like me, has been training jujitsu for some time.”

So this happened this morning, promoted to brown belt by professor @danaherjohn!!! Thanks to all my awesome teammates for sacrificing their limbs, in particular @eddie_wolverine for being the best and most patient mentor, @anthonybourdain for always believing in me, professor @danaherjohn for showing me the way (and enduring many accidental kicks in the nuts ?), and master @renzograciebjj, without whom none of this would be possible! Love you all! ❤️?