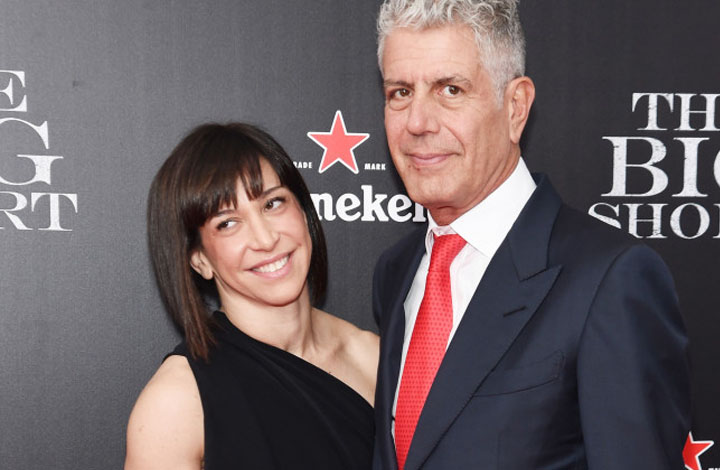 Jiu-Jitsu changes people. It has the ability to become the all consuming center of one’s universe. Everything from philosophy to the physical journey is exhilarating. Earlier this year Ottavia Bourdain penned an essay for Lena Dunham’s provocative newsletter Lenny.

” I began kickboxing on the Upper East Side shortly after the birth of my daughter nine years ago. The gyms and locker rooms there smelled of fresh blowouts and nail polish. Like me, most of the other women were there to “get their body back” after pregnancy or to learn self-defense. But even after I had “gotten my body back” and finished the self-defense classes, I found myself wanting more. I was hooked. When I decide I like something, I go in all the way. And what I really liked was hitting my instructors. So when they told me I should train in jujitsu.”

She sizes up the white belt experience quite nicely:

“Looking around at the odd collection of white belts around me, most of whom were used to being mauled by more experienced students, I could see they were sizing me up like a doggie chew toy — or a fresh pork chop.”

It’s been 5 years since her first class and she sizes up the current experience quite differently:

“It’s five years later now, and when I walk down those stairs to Renzo Gracie Academy every day at 7 a.m., the smell of sweat, balls, and ass crack is familiar, even welcoming. Before I step on the mat, there’s always a short standing bow, an acknowledgment that no one is above or below anyone else.

In a room full of people with a wide span of experience and skill level — wrestlers, grapplers, professional MMA fighters, blue belts, purple, brown, black belts — I feel no butterflies in my stomach. I scan the room with clinical detachment, sizing up potential opponents of both sexes.”

On how jiu-jitsu has changed her life:

“My body has changed, dramatically. I have changed. My husband half-jokes that he married Sophia Loren but ended up with Jean-Claude Van Damme. But there’s something to that. I’m not the same person. I’m hard now, physically and mentally. The confidence I gained is something I’m proud to share with my daughter, who, like me, has been training jujitsu for some time.”

You can read the rest of her riveting essay here.

In other news earlier today the news she’s separating from longtime husband tv star Anthony Bourdain whom she introduced to jiu-jitsu. People reports the two have called it quits a while back and separated in spite of still being supportive of each other. Her statement reads:

“Because of professional decisions we both have made, my husband and I have been for years in an unconventional relationship. Nothing has changed. We love each other. We respect the decisions the other has made. And we’ll always consider ourselves a family.”

Bourdain and Busia were married in 2007, and they share a daughter (yet another bjj practitioner in their family). The pair met through the restaurant scene when Busia was working at Japanese place called Geisha, according to a 2012 New York Times profile.

A source close to the couple told Page Six that “they’ve been separated for a while” and that “there was no one else involved.”