Interview With Shimon Mochizuki, Head Coach Of Arte Suave Denmark, One Of The Most Successful Academies In Europe 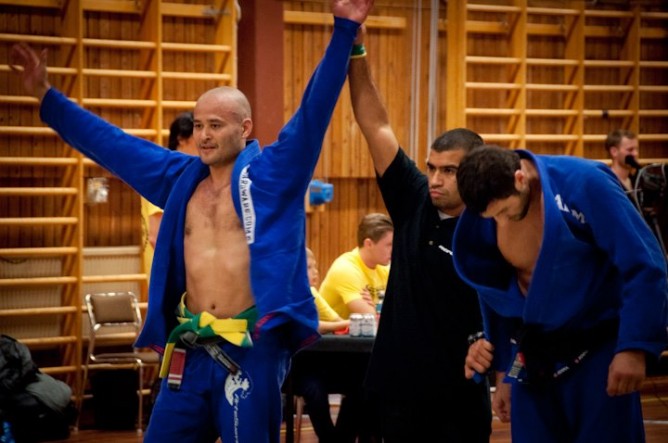 Arte Suave in Copenhagen, Denmark is one of the most successful BJJ academies in Europe in terms of competition achievements with such competitors as Alexander Trans, Ida Hansson, Shanti Abelha, Janni Larsson among others. Head trainer, Shimon Mochizuki sat down with BJJ Eastern Europe to discuss the secret of their success, how to motivate students, and ranking Scandinavian countries in terms of BJJ level.

Shimon Mochizuki is a BJJ Black Belt under Leo Vieira. He has been training BJJ since 2001. He started BJJ in Malmø, Sweden, where Peter Blackwell has a academy, at the time there was no BJJ academies in Denmark. So he had to go over there and train once a week, and then practice the techniques the rest of the week in Copenhagen. Eventually Shimon helped Peter open a school in Copenhagen. After a while, Shimon started his own academy when Blackwell pulled out of Denmark. Shimon travelled many times to Brazil to compete and train and developed the academy back home bringing in many big names for seminars, such as: Leo Vieira, Rico Vieira, Robert Drysdale, Bob Esponja, Damian Maia, Rodrigo Comprido, Chico Mendes, Fernando Margarida, Peter Blackwell, Antonio Rodrigo Nogueira “Minotauro “ ect.

1. Shimon, how do you explain the amazing of your team in competitions? (being a relatively small team but with so many champions)

We have always been a really competetive team, we got that from our first teachers Peter Blackwell and Bobby Sundel, they always inspired us to compete. When you train in the kind of environment that induces competition, it naturally attracts other people that wants the same thing. But I think that the big thing is that people really like to train a lot in the academy, and we make sure that they have the opportunities to do that. The academy is open from 8 in the morning to 21 at evening, and we have guys coming in to train before work or school in the morning and then they come again in the evening. 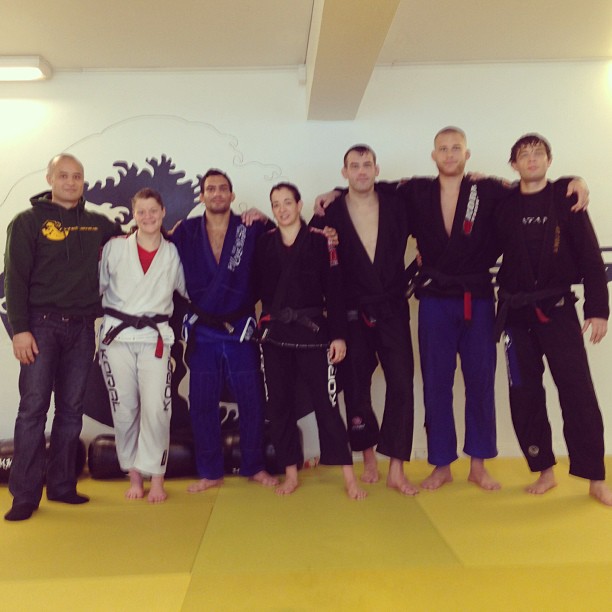 Some of Arte Suave black belts

2. Most BJJ academies have a small number of core competitors. Is this the case of Arte Suave?

We have a lot of people competing in the scandinavian and european tournaments. In the big international tournaments like the Worlds Championships, Pans ect. we don’t have as many competing. This year we had 24 competitiors at the europeans, and it was people in all belt ranks. This year was the most competitors we have ever had participate in an IBJJF event, we got a really good result 5 gold, 6 silver and 6 bronze. But like most academies, most of our students don’t compete on a regular basis.

3. How do you motivate your students to compete?

It is much easier to make people do something if you do it yourself. All the instructors compete or has competed at one time, so I think that our students just look at competing as a natural part of their training and we also tell them how much they will gain from competing. We make sure that they are well prepared and give them the support they need to compete.

4. What does your school do different than a regular BJJ school?

I’m not sure what a regular BJJ school is, but I think that we have a special enviroment in our school, we have a really good team spirit in Arte Suave, even though we are very competetive, we have a really good atmosphere and our members sometimes hang around for hours after training, to be with their teammates socially. I think that BJJ is a team sport, you wont get anywhere by yourself, so it is important that you have a good team, that supports you.

5. What are your orgins? (Your name sounds half Jewish Half Japanese)

My father is japanese and my mother is danish, I know that my first name is a Jewish name but it is also a japanese name. It took my father a long time to find a name that is japanese and that would be easy to pronounse in danish or english.

Sweden is the most organized of the scandinavian countries and has the most schools and black belts. In Denmark there are still very few schools and black belts, I think that there is only about 12 black belts in Denmark and 8 of them are in Arte Suave, so the high level BJJ is centred around a few schools and they are all in Copenhagen. So I think that we still have a lot to work on compared to Sweden. They have a national team that supports their fighters, with money for tranvel and training, that makes it easier for the younger competitors, who still are under education, to go to some of the bigger competitions, like the worlds in California. It is hard to get good sponsors in BJJ, especially in Denmark, where it is still a small sport.
In Arte Suave we have two fighters, who are on the Swedish National team, Ida Hansson and Janni Larsson.
So if I have to rank the countries it would be:
1. Sweden
2. Denmark and Norway

Personally I would like to go and fight in the Master and Senior world championship this year, but nothing is planed yet. For the team, we always work on improving our game, there is always room for improvement. This year we have fighters in the Pans and we will have people fighting at the worlds as well, and we have many guys fighting in the Danish Open the 30th and the 31th of march in Hillerød, Denmark.

8. If you want to thank your sponsors or friends feel free.

I would like to thank all my students and training partners from Arte Suave and all the people that have been teaching me over the years, Peter Blackwell, Bobby Sundel, Chico Mendes, Rico Vieira, Leo Vieira, Bob Esponja, Lucas Leite. They are all part of my Jiu Jitsu, but the two people that had the biggest influence on my Jiu Jitsu is Leo Vieira and Rico Vieira.
I would like to thank MokaHardware.com for making great kimonos.