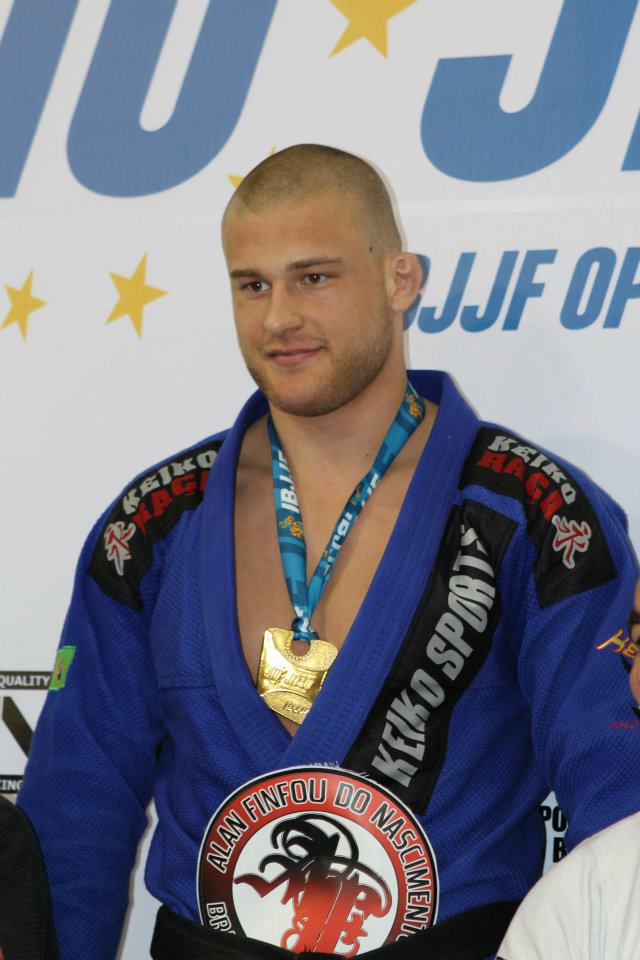 The top European Jiu-Jitsu player, the Dane Alexander Trans, from the Checkmat academy in Copenhagen (Arte Suave), made a name for himself in the lower ranks of Brazilian Jiu Jitsu by conquering almost every important title in the international calendar before receiving his black belt from Leo Vieira on November 2011. He had a great 2012 year at black belt by taking Golds in Europeans, and Brasileiros as well as loosing a close match to Buchecha in the Finals of the Pan. He took a third place at the Worlds and qualified for ADCC by winning the Europeans. Alexander told BJJ EASTERN EUROPE about what he’s been up to and how he is training for the 2013 season:

I just came back from Rio, I was there for 3 months training, preparing for the next season. I’ll do my preparations for the European in Denmark, and then go back to Brazil in the end of February. During this period of the year, I’ve just been doing a lot of Jiu-Jitsu and lifted some weights, training 2-3 times a day, a little lighter than in the first half of the year. Now I’m going to do a lot of physical preparation as well leading up to the European, to make sure I’m in shape. After the Mundial I started to do a lot of cardio, and went from 115 kg to 110, so I should have more gas now.

2. How much do you feel that your game has evolved in the past year with your long time training in Brazil and your presence in all the big comps?

I think I evolved a lot, but I’ll see how much when the season begins.

3. Are you satisfied with your performances in 2012? What would have changed?

I think that besides the Mundial, I performed OK. I won the European and the Brasileiro, and lost a really tight match in the final of the Pan. At the Mundial I was overtrained, and gassed out really bad, and ended up with a 3rd place. I was really sad about my performance there. But for the first year at Black Belt, I think it’s been alright, What I felt I was lacking the most was experience. I also had some unfortunate circumstances leading up to the Mundial, as my teacher and main training partners all traveled. But I hope to do better next year.

Winning the European and the Brasileiro for sure. It was also nice to win the ADCC Europeans and secure my spot at the ADCC Worlds next year.

5. Why didn’t you compete in the World PRO in Abu Dhabi?

My situation is a little difficult, as I can only compete in the trials in Europe, because of my nationality, but I’m always in Brazil training for all the big competition during the first half of the year. I was hoping they would pay the ticket from Brazil instead of Poland as they did the other years, but they didn’t. But I’ll compete next year, I’ll go 3 weeks before to train with my teacher Bob Esponja and the guys there.

6. What do you think about the current situation of some of the major BJJ tournaments offering some prize money? Do you see top players making a good living from sponsorship and tournaments prizes within the next 5 years?

I think that’s very nice to see. Unfotunately I think there is still a long way to go for the athletes to be able to make a living just competing, without having to teach, and I don’t know if I’ll be lucky enough to still be in this sport when that happens.

7. You mentionned in your last interview that your long term goal was to start an MMA career once you achieved your goals in BJJ, is that still the plan? Do you have time to train MMA at the moment?

Right now I’m 100 % focused on Jiu-Jitsu, but it’s still the plan and I plan on making my debut within the next 2-3 years.

8. What is your competition, training, Personal life plan for 2013?

I’ll fight the European Open in January, then I’ll go to Brazil in the end of February to train. I’ll fight the Pan, World Pro, Brasileiro, Mundial, then then come back to Denmark in June. Then I’ll return to Brazil again 2 months before the ADCC to prepare.

9. Feel free to tank somebody or sponsors

I’d like to thank my sponsors Keiko, KnockOut Sports, and WorkOut Copacabana. Merry Christmas to all, ossss

10. Thanks Alexander and we wish you all the success!