[Watch] MMA Referee Shoots A Takedown To Stop The Fight 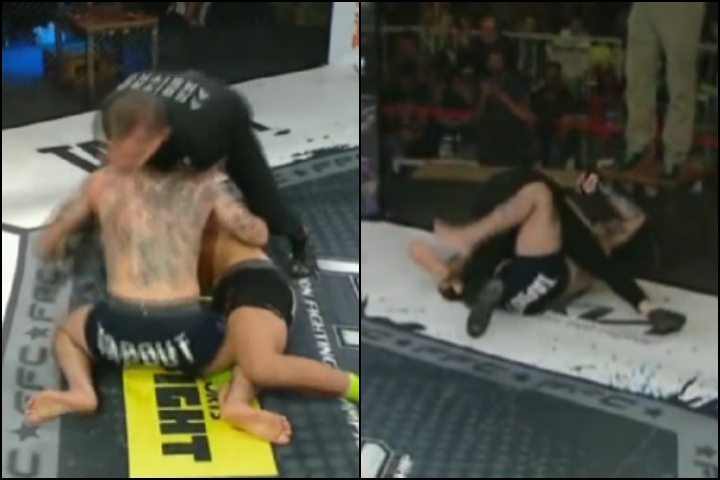 Being a mixed martial arts (MMA) referee isn’t always a glamorous job. Whenever you get something right, it’s just you doing your job… But whenever you make a mistake, you’ll receive a lot of criticism and trash talking.
However, from time to time, MMA referees do receive some praise for what they do. Such as this referee did, in an FFC 53: Argentina fight.

It was a match between Emanuel Rivero and Roger Garcia. Rivero was dominating the fight and then landed a good leg kick. He followed it up with a spinning backfist, which dropped Garcia to the ground.
From there, Rivero got on top and started with some heavy ground and pound (with some of the hits landing to the back of his opponent’s head).

Watch the referee’s amazing reaction on the video below:

Spinning back fist and GNP finish by Emanuel Rivero. Definitely a few shots to the back of the head. Ref was working on his takedowns.#FFC53 pic.twitter.com/NydeUwOyp5