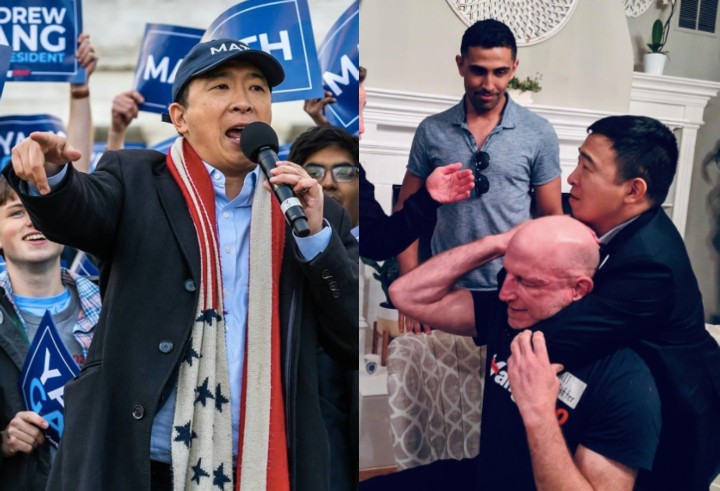 2020 USA Presidential Candidate Andrew Yang is young and hip. He recently shared the following on the social media:

Below is an extract from “Professor Yamashita Goes to Washington”:

“during March and April 1904, Roosevelt practiced judo three afternoons a week, using a ground floor office in the White House as his workout space. Then, for the rest of the summer, he practiced occasionally. He stopped training during the elections, and there is no record showing that he resumed his studies afterward.
The President’s training partners included his sons, his private secretary, the Japanese naval attache, Secretary of War William Howard Taft, and Secretary of the Interior Gifford Pinchot. When these people were unavailable, then Roosevelt tried his tricks on husky young visitors.” 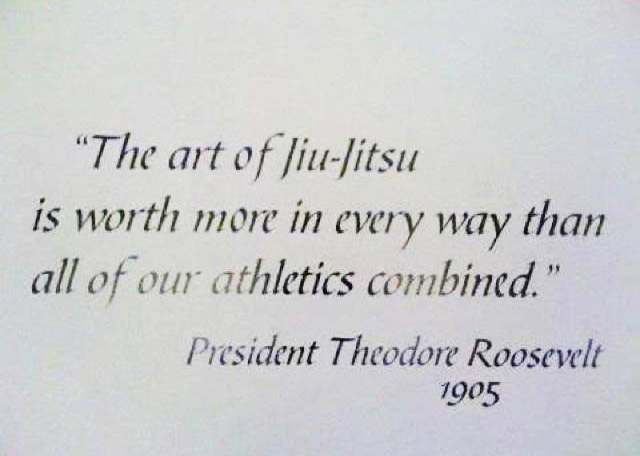 Yamashita went to the White House to meet President Theodore Roosevelt. Roosevelt practiced wrestling and boxing while in the White House, and he had received jujutsu jackets from William Sturgis Bigelow and jujutsu lessons from J. J. O’Brien, a Philadelphia police officer who had studied jujutsu while living in Nagasaki. Roosevelt was impressed with Yamashita’s skill, and during March and April 1904, Yamashita gave judo lessons to the President and interested family and staff in a room at the White House.

In a letter from the White House from Theodore Roosevelt to his son Kermit dated Febuary 24, 1905. 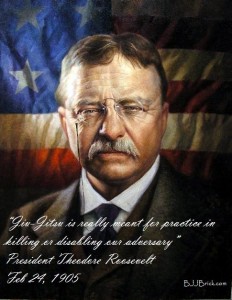 “………I still box with Grant, who has now become the champion middleweight wrestler of the United States. Yesterday afternoon we had Professor Yamashita up here to wrestle with Grant. It was very interesting, but of course jiu jitsu and our wrestling are so far apart that is it difficult to make any comparison between them. Wrestling is simply a sport with rules almost as conventional as those of tennis, while jiu jitsu is really meant for practice in killing or disabling our adversary. In consequence, Grant did not know what to do except to put Yamashita on his back, and Yamashita was perfectly content to be on his back. Inside of a minute Yamashita had choked Grant, and inside two minutes more he got an elbow hold on him that would have enabled him to break his arm; so that there is no question but that he could have put Grant out. So far this made it evident that the jiu jitsu man could handle the ordinary wrestler. But Grant, in the actual wrestling and throwing was about as good as the Japanese and he was so much stronger that he evidently hurt and wore out the Japanese. With a little practice in the art I am sure that one of our big wrestlers or boxers, simply because of his greatly superior strength, would be able to kill any of those Japanese, who though very good men for their inches and pounds are altogether too small to hold their own against big, powerful, quick men who are as well trained.”

Definitive List Of American Presidents That Had A Strong Grappling Background