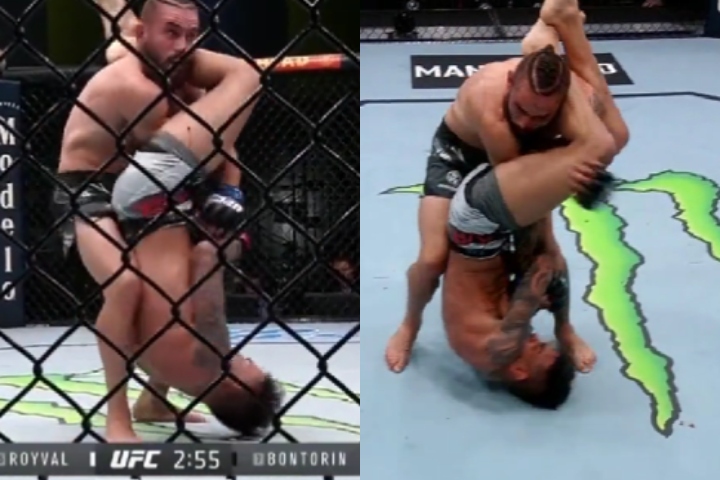 There are good ways and bad ways to get out of a submission. Generally speaking, the good way is whatever you can do to get out of it without getting seriously injured; and the bad way is whatever gets you seriously injured, rendering you uncapable of competing anytime soon.
However, there’s another way to get out of a submission that’s worse than “bad”. And that’s faking a tap so your opponent would let go and you’d continue the match… Which seems to be what Rogerio Bontorin tried to do against Brandon Royval in their recent UFC Vegas 46 bout.

The Brandon Royval vs. Rogerio Bontorin match ended up in Royval’s favor, as he won via split decision. The two fighters displayed a somewhat same level of skill throughout the fight; even though it seems that Bontorin tried to gain an unfair advantage against his opponent at one point.

Namely, Royval caught him in an Armbar… And it appeared as if Bontorin tapped his leg – twice! But then he kept on going instead of tapping out some more (as anyone would do if the submission wasn’t loosened up after the first couple of taps). The match continued, even though the referee himself seemed to be confused so as to whether or not he should stop the fight.
You may watch the alleged “fake-tap” from two angles below. What do you think?

Talk me out of thinking this should constitute tapping. https://t.co/ZxigsuozZi