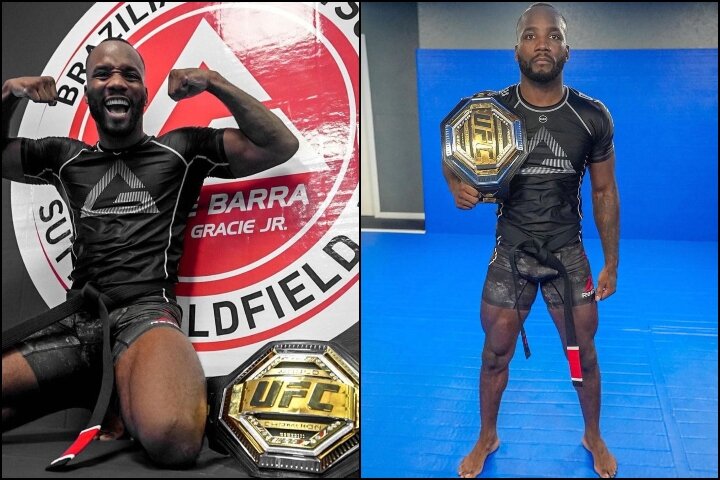 Leon Edwards has had a tremendous couple of weeks! After beating Kamaru Usman for the welterweight title at UFC 278, Edwards has now been promoted to the rank of black belt in Brazilian Jiu-Jitsu.

Professor Thomas Bracher, head coach of Gracie Barra Sutton Coldfield, shared a video of the promotion as well and praised Edwards for his success:

A true embodiment of a great martial artist with a work ethic & determination like no other. Thank you for being a part of my journey & allowing me to be a part of yours.
Atruly special moment as I hand out my first ever black belt on behalf of myself & professor @victorestimagb from all of us a @graciebarra congratulations Professor.

In his UFC 278 title fight, Edwards became the first athlete to officially take down Usman in the UFC. He dragged Kamaru to the mat, transitioned to full Mount, and then took his back; threatening him with a Rear Naked Choke in the very first round.

Even though he wasn’t able to tap him out, Edwards landed a stunning head kick knockout with less than a minute left in the fight – making him an instantaneous fan favorite.