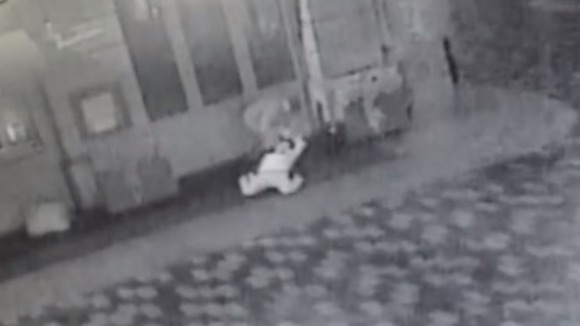 A student was left unconscious in central London after a ‘hugger mugger’ grabbed him round the neck and tore a £5,000 (7,000 USD) Rolex watch from his wrist.

The mugger approached the man in the street and they were talking about martial arts according to itv.com

. He then demonstrated a rear naked choke technique and instead of letting go, continued the technique until the victim was unconscious.

The suspect targeted his victim carefully, choosing someone who was a bit the worse for wear after a night out, alone and smartly dressed.

The method he uses is not something we have seen before in this area and is a concern. Had the suspect applied more pressure the victim could have been far more seriously injured. As it was, he was just badly shaken.

We are asking anyone with information to please come forward – do you recognise the suspect? Did you see him running from the area after the robbery?