Mackenzie Dern: “I Have The Best Jiu-Jitsu In Women’s MMA” 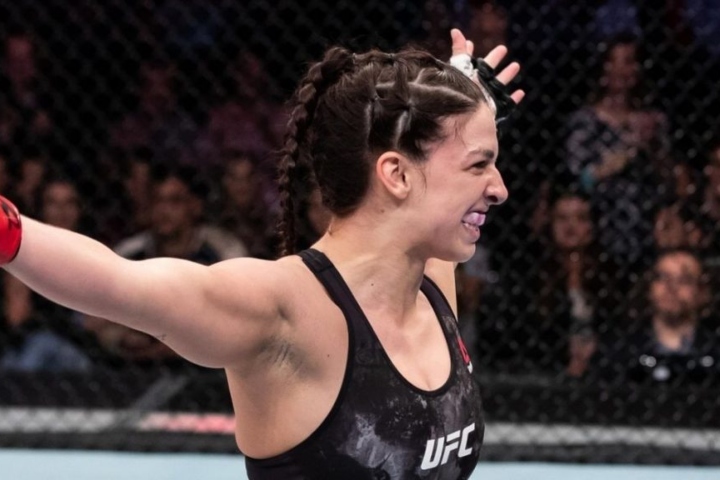 Mackenzie Dern has decided to display her BJJ skills to their fullest at UFC 273. Even though she was unable to submit her opponent, Tecia Torres, she showed more of her skillset than in her fight against Marina Rodriguez. For instance, she went for a stunning Kimura attempt in the second round, during which she was constantly going for various submission attempts as well.
At the post-fight press conference, Dern told the reporters that she is convinced that she has the best Jiu-Jitsu in women’s MMA today:

Title-wise I know everyone in the Jiu-jitsu world. I came into the UFC with the whole Jiu-Jitsu community behind me so I know 100 percent from the Jiu-jitsu World I’m the best in MMA that made the transition.

She admits that things do change with the addition of striking. But, nevertheless, that doesn’t change the fact about her being the best:

Of course, with punches and time limit in the cage that changes our Jiu-Jitsu a little bit. But when you think of possibilities and what I bring to the table about Jiu-Jitsu… There are submissions that I know for sure most of the girls have never even heard of.
So definitely I think my fight just pulling guard was the first time I ever did that, I think that’s gonna make the girls think a little bit differently.