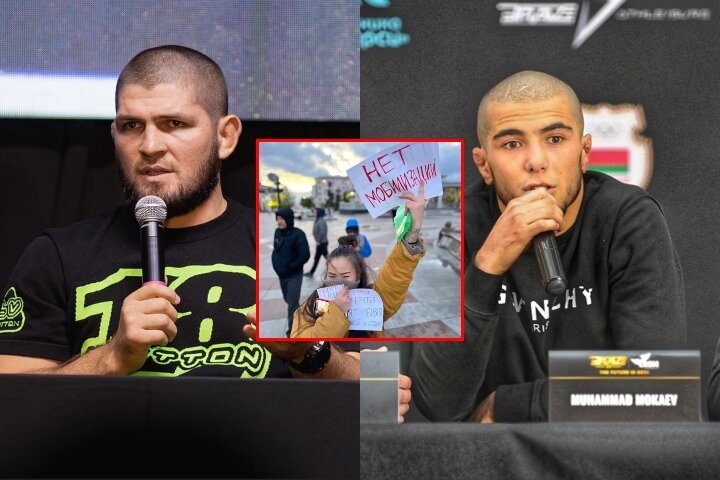 Khabib Nurmagomedov, Muhammad Mokaev, and several other MMA fighters have spoken up against the recently announced Russian mobilization of men to fight in the war in Ukraine.

This is Russia’s first military mobilization since World War II. Although not a “full-scale” one, it still mandates that thousands of Russian men are to serve in the war – a decision that has been met with resistance all over the country, including the region of Dagestan.

A group of women successfully chases away a lone policeman at an anti-mobilization protest in Dagestan https://t.co/TBCl9khPGK pic.twitter.com/jwJLqVPIcO

Khabib Nurmagomedov, who is the UFC’s former lightweight champion, expressed his opinion in a recent Instagram post:

But we are not ready…

Muhammad Mokaev, who was born in Dagestan and fled to the UK as a refugee, reacted with a lengthy Instagram post:

As salaam aleikum! A very bad situation is happening in Dagestan, you oppress your own people, it is clear that you have an order to stop the rally. But you can do without pulling women and shooting in the air.

If you are going to be taken away tomorrow, your women will stand up for you as well. Do your job carefully without stressing your own people, tomorrow you do not know what the situation will be in your homes!

In Dagestan, people have such small salaries, men earn as much as they can, and they are taken away to fight… Understand your own people, at least women!
Give patience to all the people of the Caucasus in this difficult time!