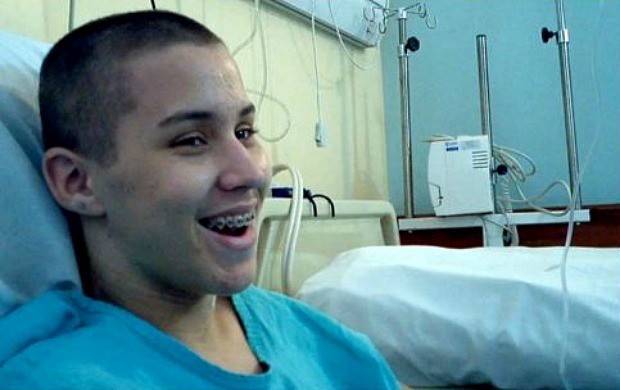 Gabriel Diniz was a 15 year old fighting in the adult division, and subsequently lost the use of his arms and legs. This happened at II Etapa do Campeonato Estadual de Jiu Jitsu Capixaba in Brazil on August 4..

Gabriel Diniz, who lost the movements of the arms and legs after being stacked on his head during a jiu-jitsu match (watch the video) , showed significant improvement in his clinical condition. On Wednesday, he started to move his shoulders, and is starting to feel sensation in his legs and arms. The athlete, who spends most of the time sitting, is already thinking about going back to fight in the future.
He told globoesporte.globo.com: ” I can’t wait to get back to training. I ask the staff to continue praying for my recovery. God willing everything will work out.” – he said.
Diniz also commented on the move that caused his serious injury. According to the 15 year old, his opponent Wesley Marques did a wrong move during the fight.
“It is a sweep  movement. It is normal when you have the shoulder or part of your back on the ground. But if you watch the video, only my neck is on the floor. He could not do anything.” he explained.

Gabriel is hospitalized since Aug. 4 at a private hospital in Vila Velha. The accident happened on the same day, a Sunday, when the young man – who is still a juvenile competitor, but competes among adults – disputed the semifinals of the second round of the Championship Capixaba Jiu-Jitsu, in Vitoria, Brazil. According to the doctor José Lucas, responsible for Gabriel, there are no tests to ensure that the teen will regain the movements of the arms and legs. 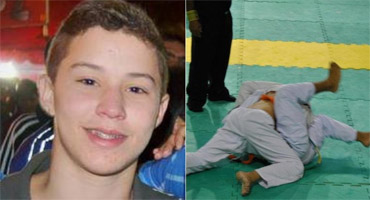