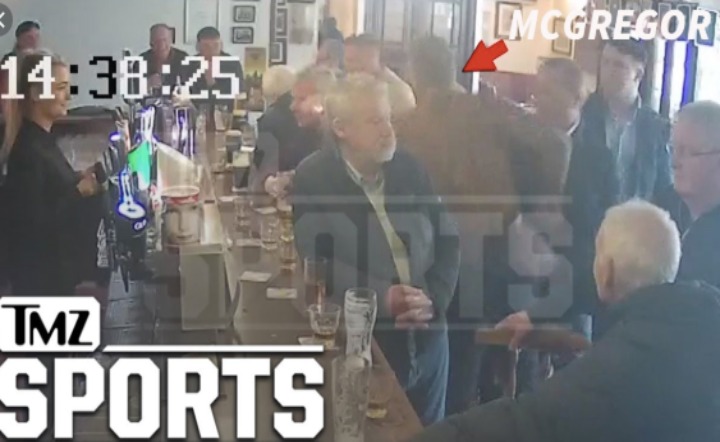 Footage has been released of an incident that took place a few months ago involving the UFC superstar.

On April 6th 2019, in the Marble pub in Dublin, Ireland Conor McGregor was out having some drinks. He was offering the people at the pub free cups of his whiskey brand ‘Proper 12’. One older man refused the offer, putting the cup away. Conor then put in another cup in front of him and the older man put it away again. Conor then let out a straight left to the man’s face. Surprisingly, the older man didn’t even react… McGregor was then led away.

Eyewitnesses have said that the older man had made negative comments to McGregor and that is what instigated the action.

Police in Ireland tell TMZ Sports they are still investigating the incident, adding, “no arrests have been made to date.”

Here is the footage: