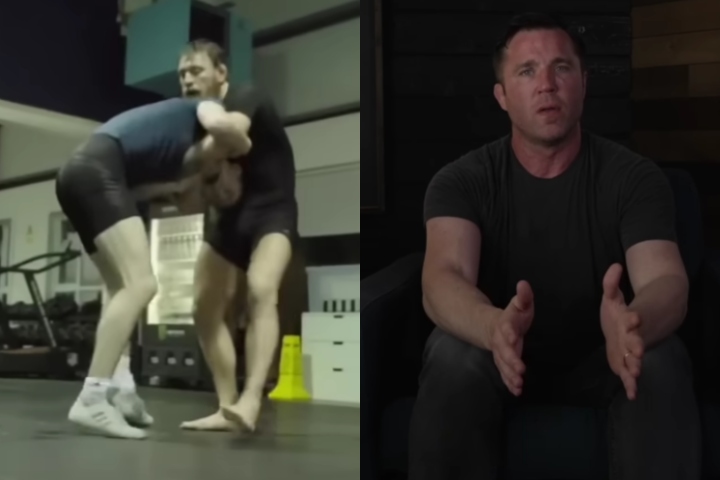 Chael Sonnen, a former UFC fighter himself, addressed McGregor’s training. He emphasized that the way Conor trains is indicative of his return to the octagon:

You don’t play wrestling. It’s very difficult. It’s very hard stuff. And the fact that Conor McGregor is out there on a weekend; pushing and pulling, holding the stance and he’s wrestling… Guys, he’s coming back.

This is the surest thing to a guarantee we’ve had. Not his tweets, not his memes, not him hitting pads.
The fact that Conor McGregor, who is down a good 15 pounds, is pushing, pulling, and wrestling… Is something you don’t play, something you don’t do to burn calories.

Conor McGregor is coming back.

The “Notorious” – primarily a striker but also a brown belt in Brazilian Jiu-Jitsu – hasn’t competed in mixed martial arts since his loss against Dustin Poirier last year; when he suffered a gruesome leg injury during the fight.

He keeps rehabilitating and, at the moment, looks ready to enter and compete in the octagon once again.