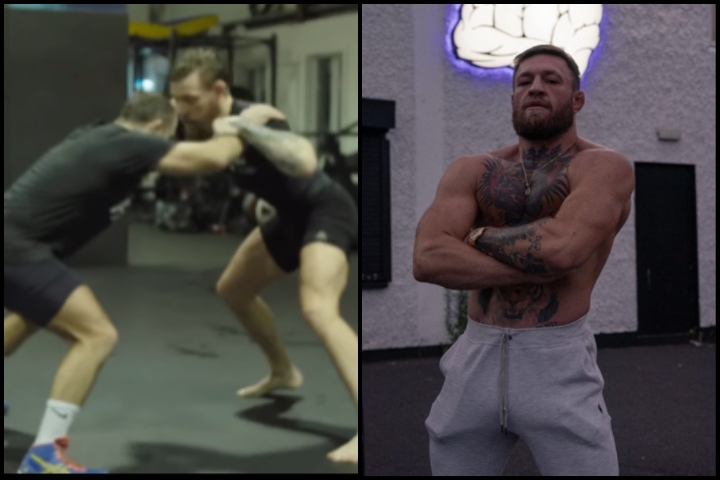 Conor McGregor always seems to stay in the MMA spotlight, despite the fact that he hasn’t fought in a while. For example, just recently, he posted an Instagram video where he is seen showing off his wrestling.

Conor’s wrestling, as can be seen on the video below, are really good. Which goes against the grain of thought that dictates that his grappling skills aren’t all that good at all.
Truth be told, McGregor is primarily a striker. However, he also has a brown belt in Brazilian Jiu-Jitsu and has great standup skills… But the matter of a fact is that almost every match that he’s lost in his professional MMA career has been to a superior grappler.

He’s showed off a part of his training with the world-class wrestling coach Sergey Pikulskiy. What do you think of his wrestling skills and scrambles?

The “Notorious” hasn’t competed in mixed martial arts since his loss against Dustin Poirier last year; when he suffered a gruesome leg injury during the fight.
He keeps rehabilitating and, at the moment, looks ready to enter and compete in the octagon once again.