Brazilian Jiu-Jitsu tournament In Russia Ended in a Mass Brawl 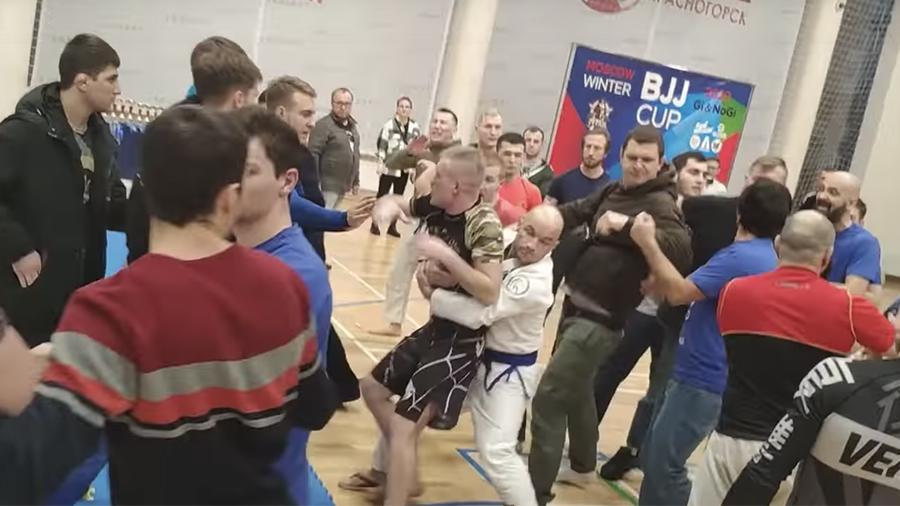 The open Brazilian Jiu-Jitsu tournament for children and adults in the Moscow Winter BJJ Cup, which took place on January 18 in Krasnogorsk near Moscow, ended with a mass brawl of participants and spectators of different ages.

In the sports hall, a brawl suddenly began, others tried to pull the participants apart, but new participants joined the fight. Many of them were knocked to the floor, kicked on the head. The causes of the conflict are currently unknown, REN TV writes .

This is not the first time that has happened in a Rusiian BJJ tournament:

Our friends at BJJ Freaks.ru covered the event.