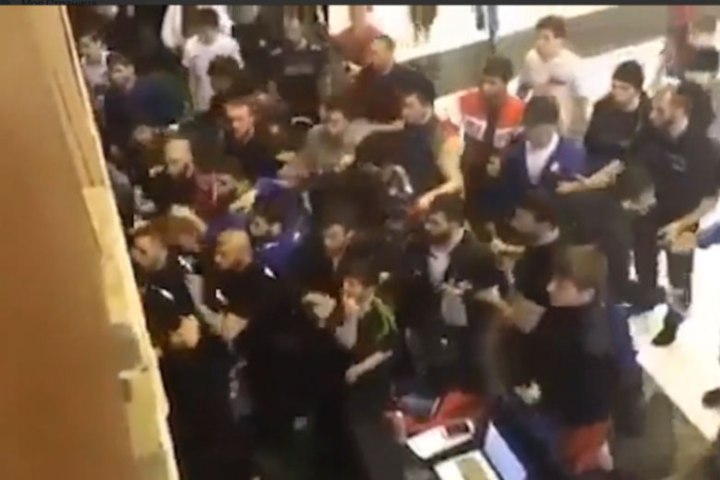 Last weekend, a massive brawl happened at a ACBJJ tournament in Pyatigorsk, (Caucasus region of Russia). Spectators of the jiu-jitsu championship rushed to the mat to attack competitor Haji Kharkharov, and then clashed with the referess and guards. Kharkharov allegedly used obscene language talking to a referee.

The incident was caught on video. The local police for the Stavropol Territory had to intervene to separate the clashing parties. The organisators of the ACB JJ league will be conducting its own investigation.

The perpetrators can be removed from future competitions.