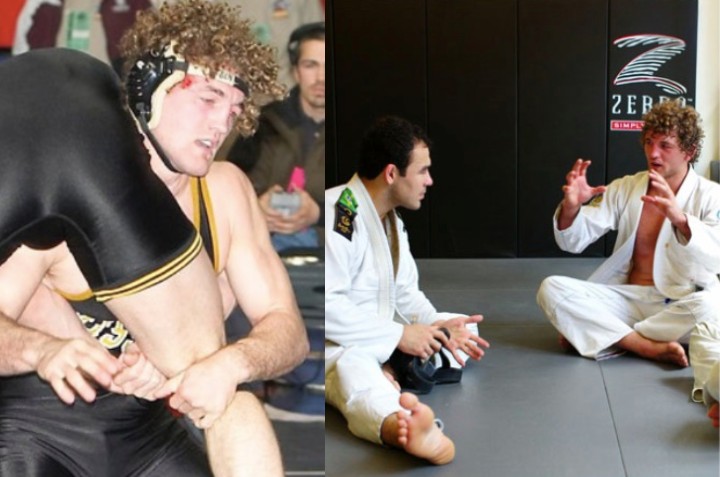 Ben Askren has always been very critical of Jiu-Jitsu. After all, Askren famously self promoted himself to black belt in BJJ:

A few months ago, when as a guest on the Joe Rogan podcast, Askren went in detail about how Jiu-Jitsu academies are doing it wrong when it comes to organizing a training session.

Askren believes that there is no sense in doing 5 minute rounds in BJJ training sessions:

Now Askren went at again and this time criticized BJJ’s lack of takedowns on his podcast Funky and FRB 29.

What are the main differences between a Jiu-Jitsu takedown and a Wrestling one?

Brian: So how do they teach their people on how to take the fight to the ground?

Askren:Now let me explain it to you very simply. My main issue with Jiu-Jitsu, and I think it’s pretty simple to grasp. Ok you can get 2 points for a takedown, in most of the organizations like ADCC (sic) , IBJJF. I know because I competed in both of those. So this is the way I see it. If we’re in a BJJ competition, and you suck and I suck and we both agree to go for a takedown, then one of us is going to get two points right?

There actually are, every takedown in judo and wrestling is legal in bjj. Its just that we suck at them. Lots of work ahead.

Gilbert Durinho Burns reacted to Askren’s statement by challenging him: