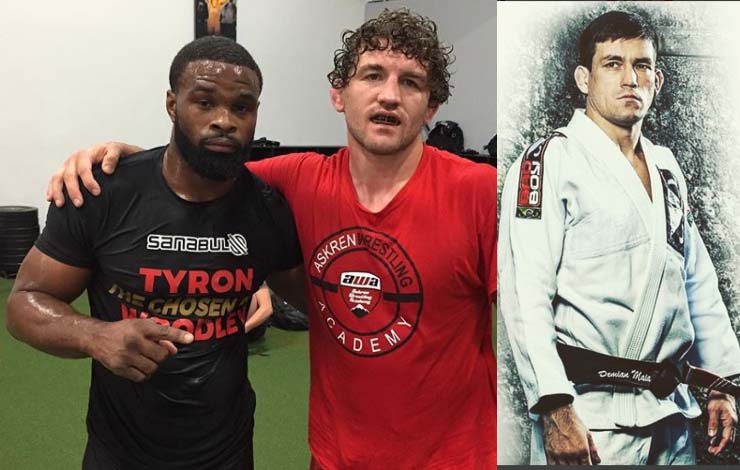 Ben Askren is one of the most intimidating wrestlers of all time in the Octagon. As it turns out he’s also a self promoted black belt?!

There’s long been rumors about this that originated on a Chael Sonnen podcast but now there’s a confirmation from the source himself.

“Was Chaels story about your black belt true? He said you essentially just declared yourself a black belt and challenged people to prove you don’t have the skills to be one.”

And as for if anyone tried to call him on it – don’t hold your breath!

As for Maia, Askren said he hated pretending to be him for Woodley.

There are rumors of a potential UFC fight between Askren and Maia.

“Maia is so basic. I had to imitate Maia in sparring and it was awful bc there was no creativity or ability to keep Tyron guessing what was coming”

Askren had only complements for Marcelo Garcia: