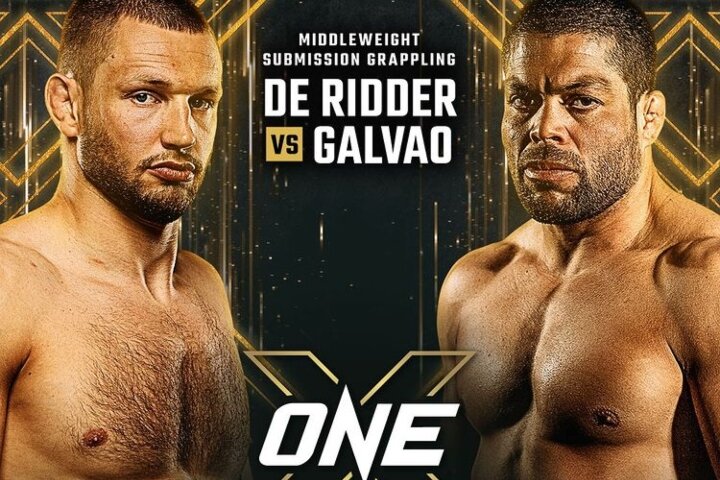 It’s been some time already since Andre Galvao has signed a contract with ONE Championship… And it’s just been announced that he’ll make his debut on March 26, when he’ll face against a two-division world champion Reinier de Ridder!
The two will compete in a submission grappling match at the ONE: X event.

De Ridder is a ONE Championship light heavyweight and middleweight champion, who holds an undefeated MMA record of 15-0… With 10 out of those 15 wins being earned via submission!
The announcement of the match came just over a week after De Ridder submitted Kiamrian Abbasov with a Head And Arm Choke to retain his middleweight title. After the fight, he took the microphone and called out Galvao:

Andre Galvao, let’s find out who the best grappler is around these parts. Let’s go man, I’ll choke you out!

Grappling fans are in for a treat! It’s going to be interesting watching Galvao, who’s one of the best grapplers in history, take on a man who’s a grappling and MMA expert himself… What do you think – how will the match go down?