Why Does Your Neck Hurt After Jiu-Jitsu? 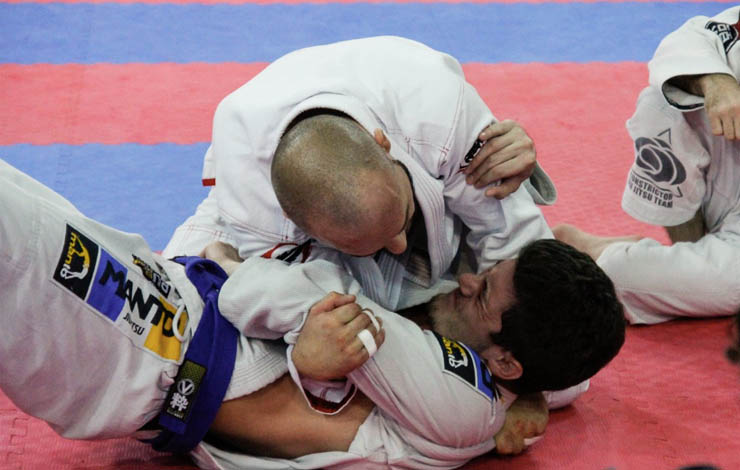 Considering jiu jitsu has a significant number of techniques intended to strangle, choke and crank your neck you are bound to have neck pain from time to time.

Any time there is excessive force on your neck or your neck goes beyond its normal range of motion you are prone to cervical strains, sprains or worse.

Cervical muscles have two main jobs: resist motion and to orient your head for optimal sensory input. There are dozens of muscles in and around the cervical region as many of these muscles are small stabilizers. Cervical ligaments act as static stabilizers to resist excessive motion.

What’s the difference between sprains and strains?

Strains are muscular injuries often where the neck muscles fail to resist the opposing force. Sprains are ligamentous injuries which occur when the range of motion is surpassed.

What is normal range of motion?

The cervical region is composed of 7 vertebrae and combined motion between each segment is approximately 90 degrees of flexion, 70 degrees of extension, 90 degrees of rotation and 40 degrees of side bending. However after years of grappling and having your neck squeezed and cranked you’ll most likely have far less than these numbers. 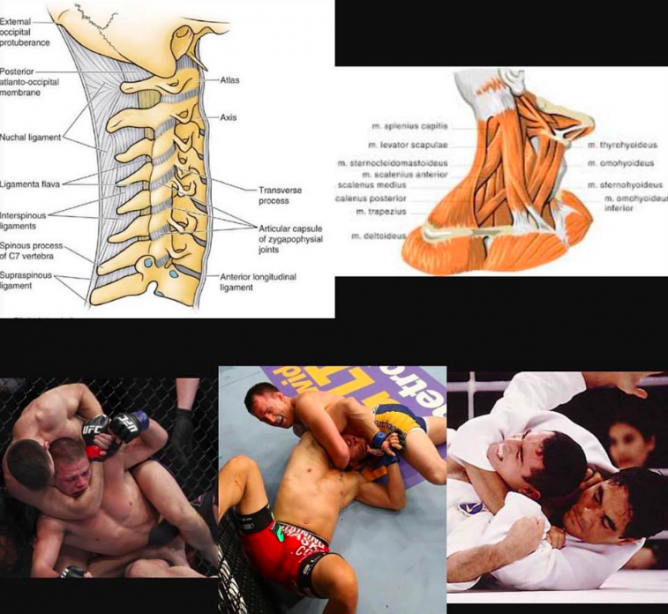