Ways for BJJ Practitioners to Capitalize on Pure Wrestlers 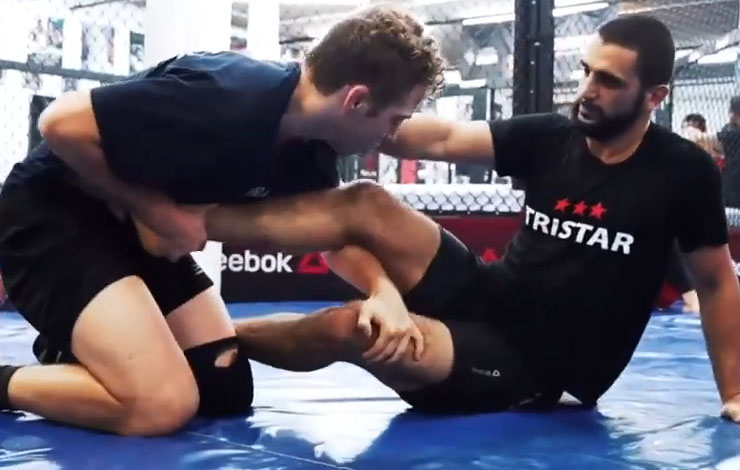 Lets start by saying that wrestlers are the hardest opponents to deal with. They have explosion, strength and body control like nobody. They can keep the fight standing or take it to the ground. Many of the UFC champions come from strong wrestling pedigrees. There is no denying their effectiveness, but they don’t have to be a living nightmare for you, because like every art out there, they have some weaknesses we can exploit.

Wrestlers do not have to worry about submissions in their sport.

so the guillotine is almost always there when they are executing their takedowns. Though they have a large arsenal of takedown options, they typically go for a single leg or a double leg takedown. It becomes a very predictable pattern, they shoot, you choke.

Wrestlers give us another opportunity when we are on the ground.

Because they have to avoid the pin at all costs in a wrestling match, they tend to give their back in order to keep their shoulders from touching the ground. This is a BJJ guys dream, take the back and put in the rear naked choke. The number one rule we always hear BJJ coaches shouting is don’t give the back, but wrestlers do not have that advice ingrained in them yet.

Now in BJJ we have matches and rolls that go from 4 min – 1 hour.

We train for no time limit, but wrestlers have short intense periods that go from 2 – 3 minutes in length. BJJ practionars have far more experience in pacing themselves for the long haul then a wrestler. So sometimes just waiting to the 4 -5 min mark is a good strategy. Then you feel their gas tank putter out as you control the pace and go for the finish.

They also like to give a lot of forward pressure.

When they are in our closed guard they love to stack into us with their legs sprawled back and their head pushing into our chin. Instead of staying in the bottom position and just taking their punishment, use the stacked posture to utilize an elevator sweep to reverse the positon. Once they are on their back, expect them to explode up, so be ready with deep hooks or use the back take option.

Wrestlers are some of the best athletes in the world.

Being mentally and physically tough with thousands of hours of mat grinding time and hundreds of competition matches make them hard to handle straight on. But if your aware of the holes that they give, then it becomes pretty fun showing them how effective our art is. Remember though, once they make some adjustments, learn some basic submissions and defenses the core wrestler becomes a complete beast even in our sport.