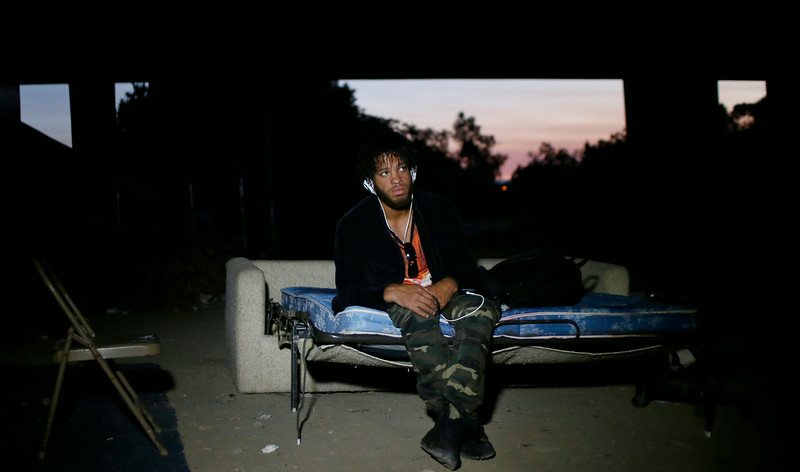 Ex-Bellator fighter Matt Major has had a very rough few years. He once fought Alexander Shlemenko and Bert Cooper in Bellator . He went through some hard times and ended up homeless, sleeping under a bridge.

Now he is back in training and will make his comeback fight with David Mitchell for the West Coast Fighting Championship middleweight title on Sept. 13 in North Highlands, CA.

“There is a time and a place to repair everything, and that is where Matt is now,” said Ernie Ramirez, owner of Extreme Martial Arts, the gym where Major trains. “And he can do it. If I didn’t think he could, I wouldn’t be pushing so hard. Where he’s at today, he has nothing to lose. He has everything to gain.”
In 2007, he shocked his opponent and trainers by winning his first professional fight. And he continued to win. He was even selected for the show “Tapout.”

But his winning streak halted in 2010, when Major lost two fights. Soon after, frustrated and disappointed about his defeats, Major stopped training and then left American Kickboxing Academy.

“He lost his drive, his will to fight,” said Major’s friend and training partner, Mike Kyle. “He had a couple bad episodes. He was living on the street. It just wasn’t good.”

Major made ends meet for a time as a personal trainer at a gym in San Jose, using what money he made there to pay his rent. But his personal life soon spiraled out of control when he was arrested for assault, and he ended up serving two years behind bars. By January, he was out of jail but had no money and no place to live. Major admitted his life was in utter ruin.

Major reached out to Kyle, who reached out to Ramirez. The veteran instructor agreed to train Major for free. The partnership, all three agree, couldn’t be more perfect.

In the few months that Major has been rehabilitating and training, he has gone from slapdash to professional, adapting to a life of discipline and direction. He has also found a group of people who love him unconditionally and who are his biggest supporters, Ramirez said.

Major says a hard life has actually brought out the best in him and the challenges he’s faced have shaped him to understand and appreciate his second chance.

“I measure myself on a different level,” he said. “I will walk into your town and challenge you at noon. And we’re going to see whose guns are faster. And it’s probably going to be mine.”