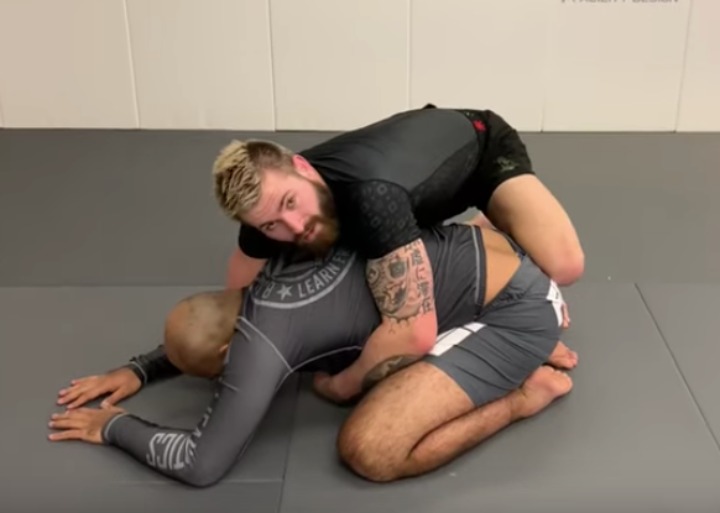 We all know the natural human reaction when somebody is getting physically overwhelmed in a fight, they tend to fetal up. They lay on the ground curled up, covering their face and vital organs and pray for it to end. There is no offensive game coming out of that situation, but what most people do not realize though is that the fetal position does have another variation and name, bottom turtle.

Now I will admit that bottom turtle is not as bad as a pure fetal position, but it is one of the worst positions to be in during a fight. Notice I said in a fight and not a pure grappling match. When strikes are not a factor, the position is a bit less dangerous but still a major disadvantage for the bottom player. When strikes are in play, well just watch a few MMA cards and you will see how many fights actually end there, so many.

Most of the time, the position is obtained by somebody trying to avoid a guard pass, so the bottom player rolls to turtle to avoid the points. It is also obtained during a snap down from the standing position and even though this situation is not a purposeful one like the guard pass prevention, you still have the same result. And the third most common entry into bottom turtle is a side control escape that only gets you half way out. Now there are plenty of other ways that this position develops, but these are some of the most common.

In an MMA fight or street fight, not only are you unable to see the strikes coming, but you are also unable to use body movement to prevent them from landing. In a pure grappling scenario, your opponent can take your back ten different ways, he can move around you and adjust to your movements a hell of a lot easier then you on bottom and the submission arsenal is much larger for the top guy. There seems to be very little advantage for the bottom guy.
The good news is that the bottom guy is in a positon that can be very effective at standing back up to the feet. That is the natural position wrestlers are in before they get up. Their tactic though is to never sit there long, you count to three and they are already up. A BJJ player will usually sit and wait way too long. As far as a grappling scenario, there are a handful of bottom sweeps and submission attack options, like a sneaky Kimura, knee bar or a trap and roll, but if the top player is aware, they are easy to nullify.

Lets bottom line this. Bottom turtle happens naturally in a fight and sometimes that’s hard to prevent. For the purposeful entries into that position, well that should be prevented most of the time. Too many disadvantages and a bad habit if strikes ever come into play. I don’t think the positon should be avoided at all costs in training, because you need to learn and train to survive there, but in a match or a fight, it creates a very lopsided situation. If you find yourself there, use the wrestling stand up tactic before the position gets solidified, and if you are going to use an attack or sweep, don’t wait for the top player to settle in comfortably, go for it right away. In a pure grappling situation, BJJ players get way too comfortable waiting and that doesn’t translate well with tougher opponents or a striking scenario.

If you want to learn how to attack and defend the turtle at the highest level, check out Judo Olympic Silver Medalist Travis Stevens DVD set, “Attacking and Defending the Turtle.” 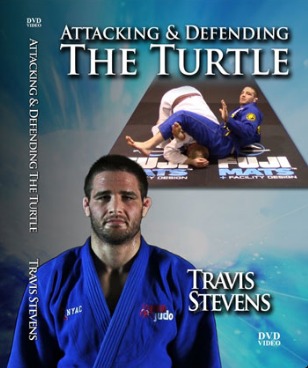