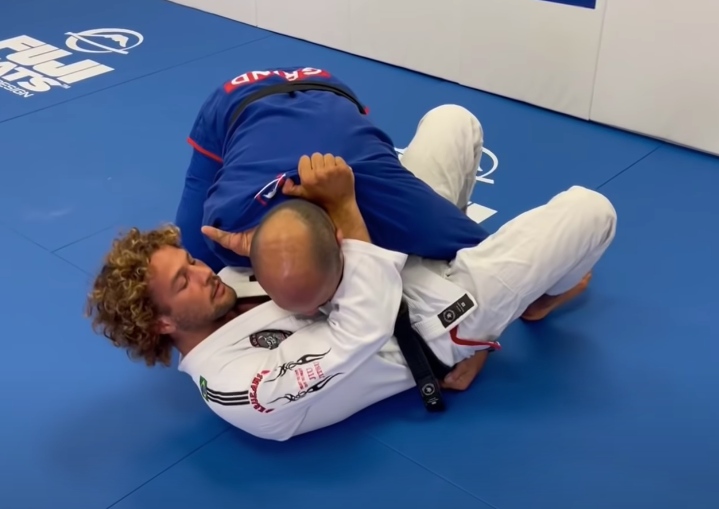 If you want to tap your opponent out, then one of the things you should think about is: „Which submission and its setup are the sneakiest ones from here… Which is the one that my opponent won’t expect?“ And one of the sneakiest submissions you can utilize is the Baseball Choke! That’s true from top Side Control; but here’s the catch – it’s equally as dangerous from the bottom position as well!

Magid Hage pulled off this baseball choke on his black belt debut, back in 2012 at the San Diego leg of the WPJJC Trials, from beneath his opponent’s.

He has made the baseball choke his signature technique and has caught many champions with this in competition.

Today he shares the ins and outs of the position with you: