Sweep Them Every Time Using The Deep Half Guard 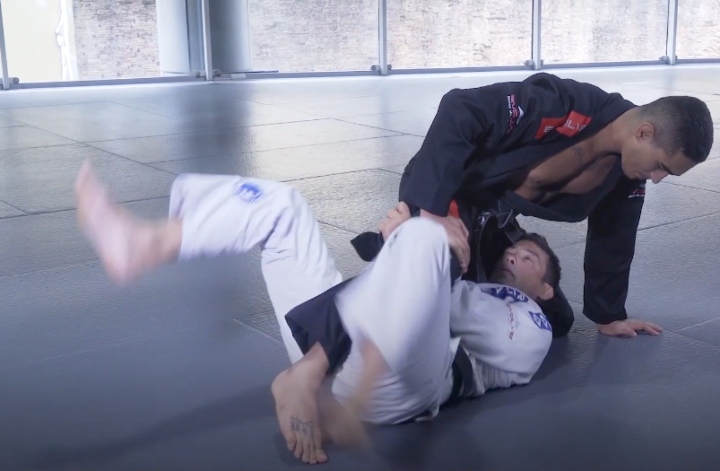 The Deep Half Guard! It’s a position that will improve your BJJ game immediately, if only you learn how – and why – to use it.
Teco Shinzato, a BJJ World Champion, explains the essentials behind the Deep Half.

WHY USE THE DEEP HALF GUARD?

The general principle of using Deep Half Guard, professor Teco says, is that your one arm is in, that your hips are in as well, and that you control the opponent’s hips, being close to them with your face.

But why should you use this position in the first place? Professor explains that the predominant reason why he uses the Deep Half Guard is because he can control someone stronger and faster than he is with it. The Deep Half Guard is awesome, professor says, because you can move and control your opponent; while not being in as much of a danger of them putting pressure on you and establishing control themselves, as is the case in other positions.
And what about the differences between Half and Deep Half Guard? In the first instance, you’re mostly looking to keep distance, and to find an opportunity to get an underhook on your opponent. In Deep Half Guard, however, you place your arm in-between your opponent’s legs, while your hips go deep underneath them and your face close to their hips for control.