Should Jiu-Jitsu Be Treated As A Sport Or A Martial Art? 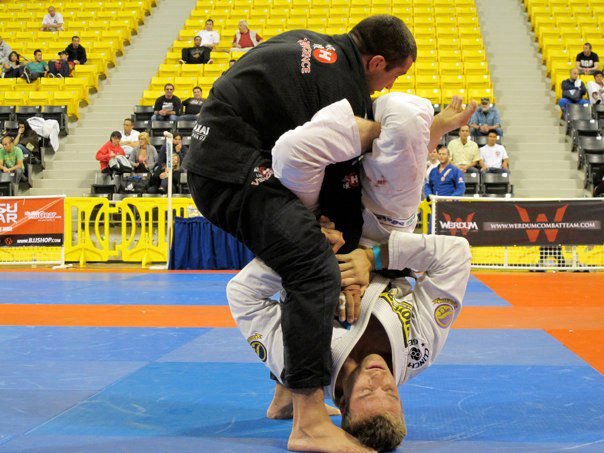 Kron Gracie has said about Sport Jiu-Jitsu “Sport Jiu-Jitsu is on the decline, it’s getting worse. With Metamoris, I want people to see the real Jiu-Jitsu.” in this interview . The problem with Jiu-Jitsu becoming more and more of a regulated sport is that it could end up like judo or taekwondo, as just a sport and part with what it initially was: a martial art.

Emilio Carrero for bjjpix.com wrote a interesting article on the subject where he shared his opinion on why BJJ should be viewed as a sport:

On stalling as a strategy: “Often we see people called for stalling or being a boring fighter who doesn’t fight for finishes. I have talked about this before, but this idea is dumbfounding to me. If Jiu-jitsu is a sport, than I do not see what the problem is with using the rules and strategy to effectively ensure victory against your opponent. Going back to football, when a team does the exact same thing there is no backlash from the community. There is no incessant complaining about how that team doesn’t want to be exciting or how they stalled out to win the game. No, they did what they had to win. In Sport Jiu-Jitsu, isn’t this the goal? To win?

What is even more perplexing, is when, people in the sport say that some techniques should not be used because they cannot be applied in self-defense or mixed martial art setting. Jiu-jitsu and mixed martial arts are two completely different sports. We don’t say in football, “oh that move would never work in rugby.” Why? Because it’s asinine to say so, they are two different sports bearing some similarities. If people want Jiu-jitsu to become more professional, one big step in the right direction is changing some of this ideology. It is completely irrational and unreasonable to not only ask a Jiu-jitsu competitor to win a match but to also win in a way that holds up to this abstract standard of how some feel Jiu-jitsu should be done.

I am all for changing the rules to encourage a more spectator friendly sport. Jiu-jitsu can be very dull to watch at times, even at the highest levels. Tournaments like the ADCC have used different rule sets to increase finishes and have had great success with it. Now we see the upcoming Metamorsis tournament using submission only format as well. Rickson Gracie said it best, “Jiu-jitsu today, is craving more for a better evaluation of who is the man in Jiu-jitsu.” This is the question we have to ask, “What is most effective way to evaluate who is the better practioners between two people.” If rule changes were made to increase more action or submissions, I think it would be great but there are always going to be loopholes and people are always going to find a way to use the rules of a sport to their advantage. Changing the rules is important, but changing how we view Sport Jiu-Jitsu is vital.”