Self Defense Martial Arts or Combat Sports: Which Is More Effective in the REAL World? 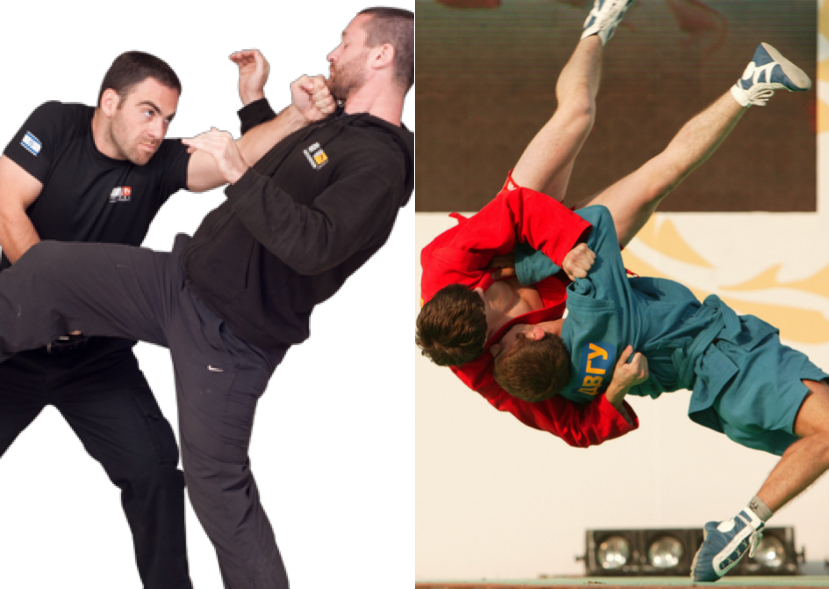 Written by Sambo Master Vladislav Koulikov, who has been training in the Russian martial art of Sambo from a very young age in Moscow. Since moving to the USA, he has trained and competed in submission grappling & wrestling. Vladislav has developed a unique Sambo- Jiu-Jitsu fusion system.

Self Defense vs Combat Sports: My Experience in the REAL World

Do you remember why you began your journey in martial arts? I do… I remember my dad being an athlete and me wanting to be just like him… Pretty normal for an impressionable boy of that age. My cousin introduced me to Sambo and I thought it was the coolest thing ever! I fell in love immediately and figured training would bring me to my dad’s status. I didn’t consider self defense when I started. All of my school fights prior to training were wrestling based, it was all about clinching, head locking and pinning whoever I fought (punching in the face was still an unspoken taboo at the age of 8) so Sambo Wrestling was a natural progression.

All sorts of grappling disciplines were very popular and super competitive, so tournament performance was something that our coach made us concentrate on, self defense wasn’t the focus. It was all about what works on the mat against a particular opponent in a competition setting. Very specific training. Not that what we learned didn’t hold combative value, because it did, it just wasn’t our primary focus.
A few years later, when fights became more frequent and violent I thought ” This Sambo thing is pretty damn helpful, what else can I use in case I have to defend myself?”. That’s how my romance with traditional martial arts came about. I was mesmerized by the perceived magic, might and mysticism of Kung Fu, Karate and Taekwondo. Like many kids my age, I was front row for the surge in popularity of the martial arts flicks movement. I was thinking then ” Oh, Sambo is just dumb wrestling. We don’t have cool spin kicks and knife hand chops”… I lost site of what was true and genuine value and fell for what was Hollywood glamour.
I was quickly reminded in a very rough way when two friends and I were jumped by five hoods when we were coming back from karate practice one day. The fight wasn’t even. A few moments later and without exaggeration, there were ten or more of them. My friends and I walk through the wrong neighborhood which happened to be their “territory”. Needless to say we got beat up pretty badly. There was no reason of value for the fight either. No money was stolen, no goods were taken, this was just a case of aggressive thugs randomly choosing who would be the target of their dirty deeds for the day. 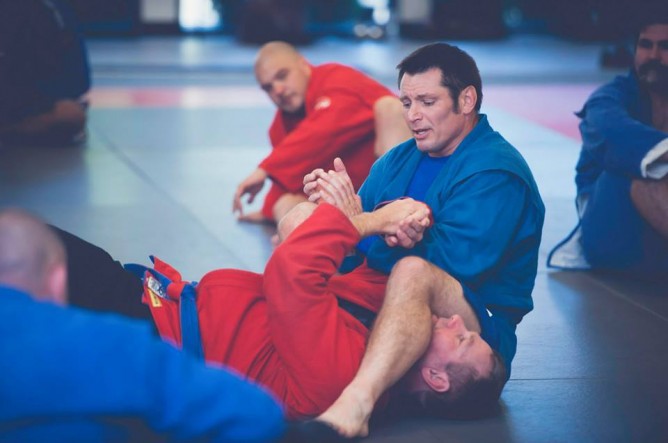 After spending what seemed like endless hours of grueling, repetitive practice perfecting katas and point sparring, I was reminded in a mere instant what I had been practicing so diligently at Karate wasn’t a good preparation for the reality of a street fight. My “karate” sucked because that’s how I practiced it. But the few times I went to my Sambo base and threw people around, foot sweeping them instinctually, that’s when fools went flying. I wasn’t a mean kid, I was more of athlete then a fighter at that point, so I wasn’t going to soccer kick them when they were down. I figured I’d let them get up more pissed then before, and the
beating could continue. That was the longest and the most violent street fight in my life. I was actually concerned that I wouldn’t make it out alive as it was happening.
The aftermath had me thinking hard and re-evaluating my training. I realized whatever I practiced in Sambo was designed to deal with an actual opponent who wants to fight and my karate was just shaking of the air. There was no concept of timing, footwork, distance, reaction in live time, contact etc. I still loved cool cool kicks though, which lead me to kick boxing which has all the elements of Asian martial arts plus REALISTIC fighting (full contact, resistance, live sparring).

Fast forward a few years later and I found myself in the United States. For the lack of grappling gyms around at the time I started Taekwondo (just to do something) and I joined a traditional Japanese Jiu Jitsu dojo. At first I loved training at the latter one. It reminded me of Sambo training with throws and everything. But unfortunately I was quickly reminded that it was the same old bull shit. Though they practiced all the throws and take downs that I knew and loved, there was always a degree of irrelevance to the reality of fighting. As soon as it was time for randori, I smoked everyone in the dojo including all of the black belts and the Sensei who was a fifth Dan or something like that ( I apologize if I come across as I’m bragging. I am not. It’s just an unfortunate reality that many others, and I have encountered with Traditional Martial Arts). More over, the same thing applied to all of their gun disarms, defense against knife attacks etc. It looked great against willing training partners who screamed “Hai” as they took beautiful break falls. Plastic guns and rubber knives is not fair preparation for that kinda encounter. People didn’t realize the magnitude of cold steel pressed against your chest or a REAL knife against your throat. Scenario based training is a poor tool for those “scenarios”.
Generally speaking, preparing regular civilians to defend themselves against an armed attack is an ungrateful business. Unless, they’re in some kinda special forces, police etc and deal with REAL violence on a daily basis due to their profession, it’s time wasted. And who wants to waste time?
Regular people are much better off training in a combat sport: Sambo, Wrestling, Judo, BJJ, Boxing or kickboxing. That would prepare them for self defense better then any kata could. Long story short, skills acquired through training in combat sports will ALWAYS translate into self defense and not so much the other way around…. Now go train!