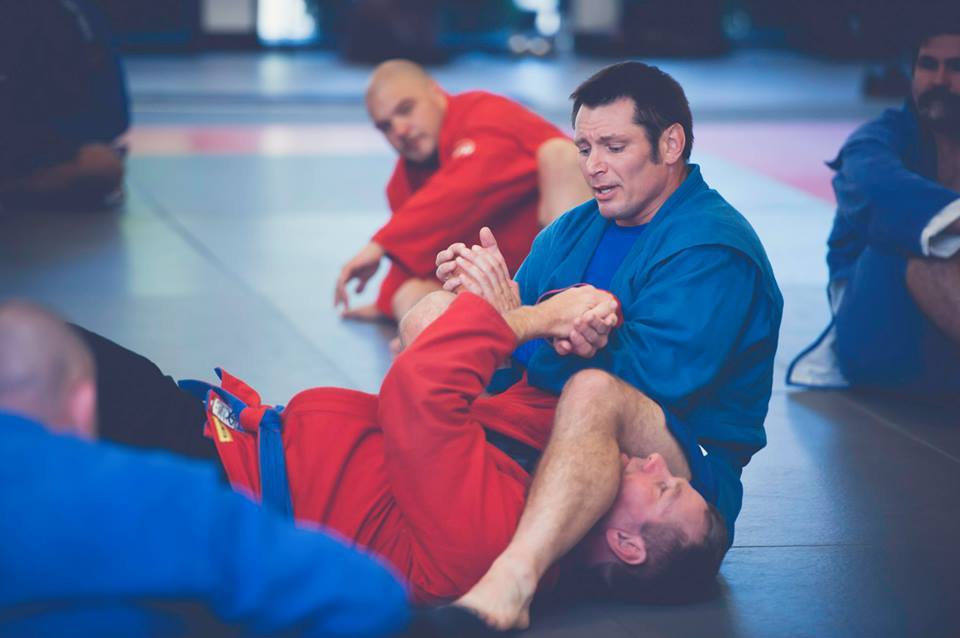 Vladislav Koulikov has been training in the Russian martial art of Sambo from a very young age in Moscow. Since moving to the USA, he has trained and competed in submission grappling & wrestling. In this interview with BJJ Eastern Europe, Vladislav talks about his training background, Sambo- Jiu-Jitsu fusion system and Russian fighters in MMA:

Hi Vladislav can you please introduce yourself to the BJJ community of Eastern Europe?

My name is Vladislav, but everybody calls me Vlad ( my coach started it ) I was born in Moscow on dec24.74. I was supposed to be born in 75 but my mom, who was petit had real hard time by the end of the pregnancy. I weighed 5 kg when I was born. My dad was an athlete and as a child I idolized him. So I took to athletics pretty naturally. I remember in the summer camp, right after the first grade, I was able to do 10 pull ups first time I jumped on a bar. My cousin Vasily directed me to Sambo 70 which happened to be couple blocks away from my parents apartment. I fell in love instantly. I started training in the middle of third grade. Starting with the 5th grade I became a full time student in sambo 70, the most prestigeois sambo school in the world. Training was very rigorous and I loved every second of it. I remember my first tourney. I thought I was good but I got destroyed and I remember I cried in disbelieve. But soon victories followed. I competed a lot. Biggest achievements in sambo are gold and silver in two all soviet cups and participation ( no medal) in 2008 sambo worlds for team USA ( in combat sambo). Also silver and two bronzes in USA open. I hold nidan in judo. Currently I am not ranked in BJJ.

2.What is your martial arts and combat sport story? And how did you end up in the US?

So my most serious training I received in Russia. I came to US without plans to stay but ended up getting married. I did some taekwonso which is almost not worth mentioning. And I do boxing. At one point I competed in mma but I lacked guidance and camp. I never got knocked out or submitted doing mma.

3. You actively train grappling and Sambo.  In your opinion, what is a better compliment for BJJ players between Sambo, Judo and Wrestling?

I don’t have any formal training in bjj. All my knowledge comes from DVDs and actual competing. I’m thinking of seeking an affiliation with a bjj camp. I do think that sambo is the best compliment to bjj vs judo since currently judo has way too many restrictions. Wrestling is great addition to no gi grappling. 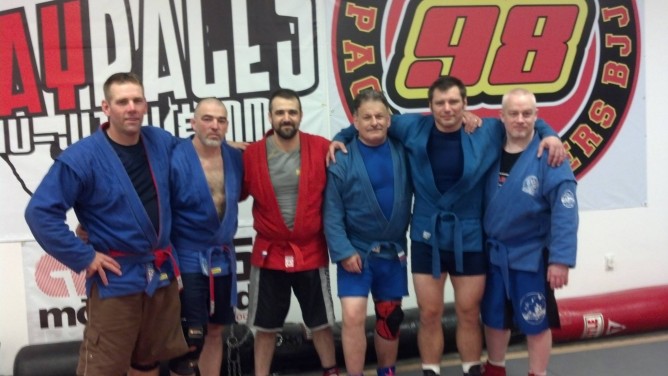 4. Do you follow the evolution of BJJ in your native Russia? Do you think BJJ will succeed there with Sambo being so popular?

I don’t really follow the evolution of bjj in Russia. I know there’s Renzo’s black belt is teaching in Moscow. I didn’t think bjj will ever be popular in Russia due to strong roots of other grappling styles such as sambo, judo and both Greco and freestyle. But bjj found its niche.

5. Tell us about your academy in the US.

I teach out of Asylum gym in NJ and run my own academy twice a week in Warwick NY
From 99 till 2011 my x wife and I operated very successful academy Ultimate Sambo where many champions in sambo and grappling trained.

6. Eastern Europeans are known as being very tough and being great fighters. How do you explain this and do you think the UFC will one day be dominated by Russian fighters?

Anyone can see influx of fighters from Russia into mma, including UFC and Bellator. Russian sport tradition is very professional hence the great results.

7. What is your opinion on Sport BJJ (IBJJF type)

Current state of JJ leaves me desiring for different rules. I understand that being on your back is totally acceptable but watching two grown men double pulling guard is pathetic IMO. I also don’t understand leg lock restrictions.  I’m kinda done with competition so I concentrate on my students, teaching both gi and no gi. Do check out my newest set ( DVDs and app) sambo jiu jitsu fusion.

8. How would you describe your grappling style (your game, what are you good at)

I personally play very athletic, pressure style. I NEVER pull guard in competition. I rely on my throws and takedowns. I do go for leg locks a lot tho I love arm bars and chokes too.

What’s next for the team…. Bunch of competitions of course. Grapplers Quest, NAGA, Good Fight. One of my students, who runs his own gym as well wants to compete in no gi worlds. I want to make him as ready as possible. Other people compete in mma. So I try or tailor their game so it suits the purpose.

10. If you want to give a shout out to sponsors, feel free and thank you for taking your time to answer our questions.