Sandbagging Anyone? What Should We Do about a European Sambo Champion Competing in a BJJ White Belt Division? 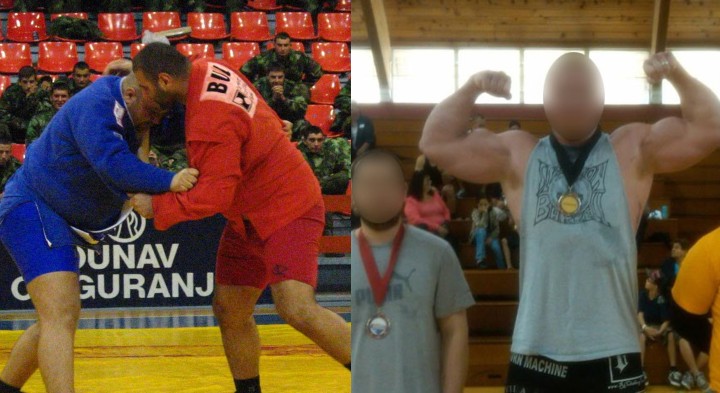 We’ve all heard of people cheating, but why do these schools and people do it?

ACB JIU JITSU has been at the forefront of the innovation. The go to organization if you’re a man and you want to get paid in jiu jitsu took it a step further and released a message urging all competitors not to sandbag. This was caused by a Russian competitor who was a former European Sambo champion, compete and win a BJJ white belt division:

They released the following statement:

📱We live in the age of social networking and mobile Internet. In a world where information about almost every person is easily accessible. Of course, with the proper wit and having a couple of minutes of time.

✴Athletes, registering for the 🏆ACB JJ WORLD CHAMPIONSHIP GI 2018! 🏆, that will take place in Moscow on July 7-8th can see the names of their potential opponents, and pry in to who he is and where he is from. And, sometimes, they come across interesting surprises. For example: is it not a surprise to see MSMC and European Champion (or World) in sambo, declared in the “white belts”?

✴We can understand that the opportunity to win the prize money and the title of World Champion can turn a few heads and outdazzle the adequate perception of reality. But let’s stand FOR FAIR SPORTS. ☝It should not be possible to consider it normal if the master of sports of the international class in one of the types of wrestling to come out and break first-year novice students from another kind of wrestling. Right? It’s like an adult going into the older group of the kindergarten and “unwinding” all the boys in the format of one against the crowd of “guys in shorts”. Such a middling demonstration of toughness and superiority.
If you are a warrior and a man, then remain a warrior and a man. Fight your own kind. Fight with equals and wrest a victory in a fair fight! What am I leading this to: We are addressing this to athletes having the ranks of kms, ms, mskm in sambo, grappling, black belts in judo, professional fighters in MMA. Kindly requesting you to check the details which you entered at registration. Have you made a mistake in choosing the division. You have time to make corrections. Athletes having the titles and achievements mentioned above can not compete in the divisions of the “white belts”. You should register in the “blue belts” in the appropriate weight categories. Forgetfulness or inattention of “martial artists”, registered in the category of white belts, will be considered as attempts to deceive the ACB JJ League. And because deception is – not good, such athletes will be disqualified at the weigh-ins without the possibility of the registration fee refund. 🐺 In general, if you are a wolf, then the skin of a sheep not of a good use to you. 🐑 ⏭Reminder, a convenient online registration is open in the link:https://acbjj.smoothcomp.com/en/event/644
Peace and sports to you all.
See you at the Championship!”