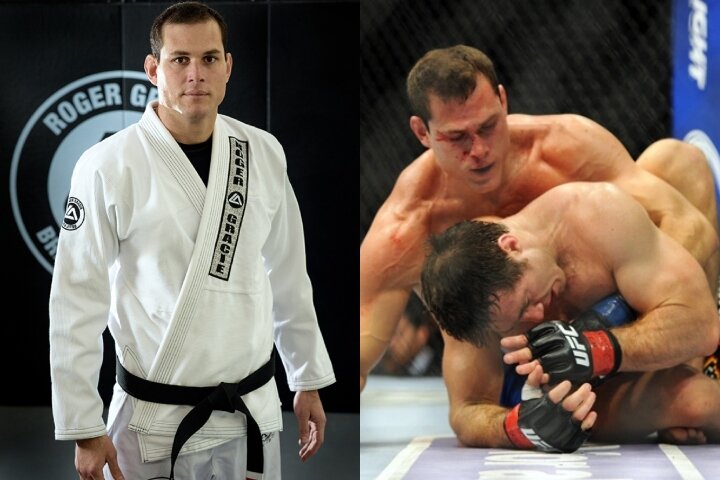 What’s the biggest difference between mixed martial arts (MMA) and Brazilian Jiu-Jitsu (BJJ)?
There are a lot of possible answers for this question. For Roger Gracie, the number one answer is – speed.

He explained the difference in speed in BJJ and MMA on the latest episode of the Lex Fridman Podcast:

The biggest difference for me, between MMA and Jiu-Jitsu, first is the speed.

In Jiu-Jitsu, in like a 10-minute match, I can take my time. There’s no dangers that force me to move fast. And in MMA, you’ve got to be 100% sharp and fast from the first second, because punches are coming and you can be knocked out at any time. One mistake – boom, and you’re out.

Jiu-Jitsu doesn’t have that. I don’t have to worry about a quick submission; because of my grips and my body position, it’s easy to avoid and it’s easier to see it coming. Like, a quick or surprise submission only works if you make a mistake.
If you’re positioned incorrectly… Otherwise, it’s impossible. It’s extremely difficult. And in MMA, it’s not – one split second mistake and boom.

In MMA, you have to be quick and alert at all times. There’s zero room for relaxation:

And when the person comes, you have to respond. You have to match their pace. I mean, you’re forced to respond.

So, it’s much faster… It’s a lot more physical [than BJJ]. A lot more. And you need to be in a much better physical conditioning, much faster, explosiveness… It’s much harder.