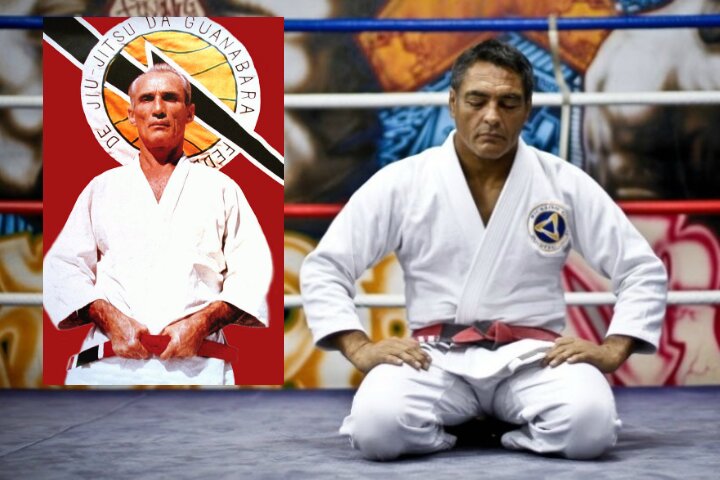 What’s the true essence of Gracie Jiu-Jitsu – its underlying philosophy? This was a question posed by a student to Rickson Gracie, who wanted to learn about the philosophy and tradition of Gracie Jiu-Jitsu as it was passed on to Rickson from his father, Helio Gracie.
Rickson answered by first emphasizing the importance of leaving your ego behind and relaxing while rolling:

The big secret of absorbing the maximum aspects of Jiu-Jitsu is to take your ego and leave it at home. Take your desire to compete and leave it at home. Your strength… Everything you have physically, just be calm and don’t put it [out there].
Try to be sensitive to the moves. Try to find yourself relaxed in the middle of action. And try to breathe, to be relaxed and comfortable, to start to adjust yourself in a more technical manner.

He explained the nuance of “invisible Jiu-Jitsu”:

Jiu-Jitsu is something to develop. An invisible power, which is: leverage, connections, weight distribution… And those things you learn faster when you’re not tense, when you’re not committed to doing something athletically. That gives you toughness, but it doesn’t give you the sensitivity for the “deep” technique.

My father Helio is a great champion, but he is a guy with only 130 pounds. He had been lucky enough to have the power to develop the perfect Jiu-Jitsu.

So, if you’re strong – be relaxed. If you’re weak, be sensitive… But allow yourself to really embrace Jiu-Jitsu as the way it’s supposed to be; a defensive art, something that doesn’t demand too much of you.
It’s a very artistic and accessible sport.

Rickson talks about the subject on the video below: