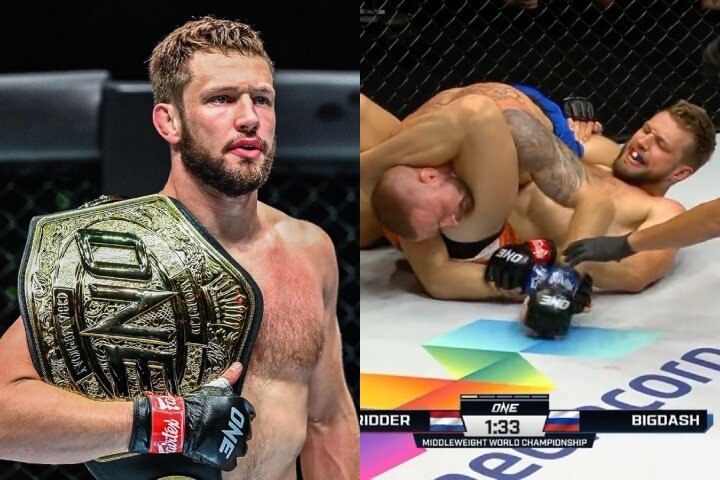 When you compete and put your opponent into a choke… Would you rather they tap out – or stay stubborn so you can put them to sleep?

Well, Reinier de Ridder – a two-division champion at ONE Championship – says it’s much better that his opponents tap out.
Here’s why, as he explained in an interview for the “Morning Kombat”:

But putting them to sleep is alright as well.

And where does all of this self-confidence come from?
For de Ridder, it’s been been a matter of consistency in training and winning:

The confidence just came through the years of training and being successful every time I fight. But I think, in the transitions is where I really shine.

De Ridder’s next fight is against Anatoly Malykhin – an undefeated Russian striker with a 100% finish rate in ONE – for the ONE Championship light heavyweight title.