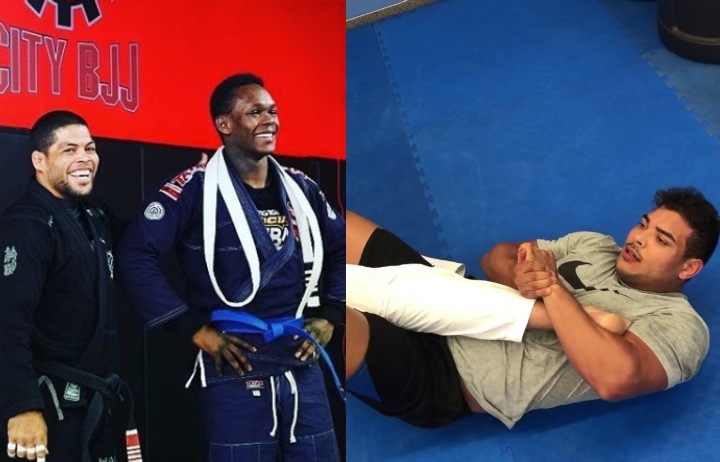 Israel Adesanya vs. Paulo Costa are scheduled to face each at UFC 253 in Island this weekend.

Adesanya is defending his middleweight title against Costa.

During the press conference, the conversation went to Jiu-Jitsu and then it became personal.

Coasta, who is an experienced black belt said:

“Before I become a striker I was a grappler. I’m a black belt in jiu-jitsu, my brother’s gym, my coach. I have a lot of knowledge on BJJ. Yes, this fight can be on the ground also.” 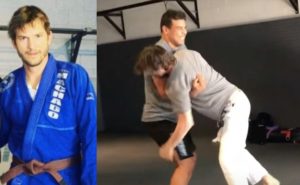 “You sucked as grappler. Whenever he shoots, he loses his gas tank within the first or second shot.”

“No one needs to see your grappling because you suck. You were on TUF on the floor saying, ‘No, I gave my all. I give 100 percent.’ You can’t grapple for sh*t.”

Costa continued about Jiu-Jitsu and questioned Adesanya’s knowledge of BJJ fundamentals as Adesanya threatened to submit him. 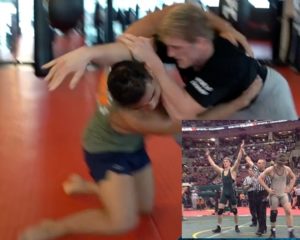 “I’ll berimbolo you if I wanted to,” Adesanya said. “I’ll grab your f*cking collar right now and put you in a bow-and-arrow.”

“You never put a gi on your skinny body,” Costa said. “Talk about jiu-jitsu with me. You’re crazy.”

Adesanya finished with: “I take acai too.”

This was followed by: 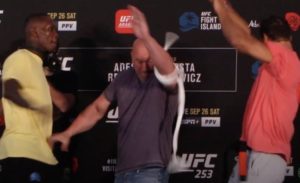