What Makes You & Doesn’t Make You a ‘Creonte’ in BJJ 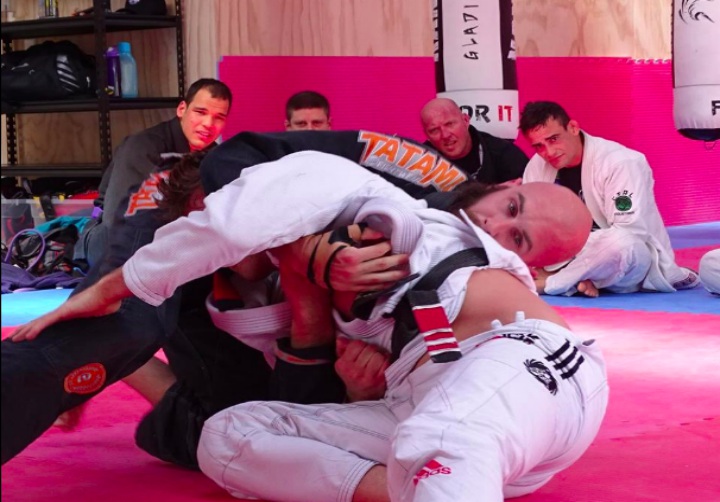 The coining of the term is credited to the late grandmaster Carlson Gracie who is said to have adopted the name from a character in a popular TV Soap opera broadcast in Brazil. The character had many allegiances and changed his mind and loyalties frequently.

But who really qualifies as a “Creonte”?

“There has been a lot of talk regarding the term “Creonte” lately, and as such I would like to address the misconception that seems to have occurred within the Jiu-Jitsu community.

This misconception has been largely made worse by some well reputable practitioners of Jiu-Jitsu weighing in, yet missing the key point.

Without going into the well known and easily available history of the term “Creonte”, I wanted to address it’s core principle.

“Creonte” is a concept. It is not a label simply applied to one who changes teams or moves cities or areas, and it certainly doesn’t apply to people who occasionally train at other gyms. This interpretation, or misinterpretation, of the term seems to be a very common misconception that has developed recently.

A “Creonte” is one who commits a betrayal (and it is a betrayal) on a deeper level, not just in regards to their Jiu-Jitsu “team”, but in regards to the people who put great effort and investment into helping them become the competitor, athlete and/or fighter they are.

Take a generic example; a gym/instructor invests heavily in a young talented athlete for many years; teaching, promoting them as an athlete by finding fights, organising seminars, sponsoring them financially; training and helping at a personal and financial level. This athlete eventually achieves great success propelled by his/her talent, dedication, and drive but also propped up by years of assistance and coaching. The now successful athlete is then presented with a “better offer (financially)” from another gym/team. They make the switch (as it is on the face of it a better financial offer), suddenly forgetting those who helped them to be in the position they are in to even get this offer.
That is a “Creonte”.

The fact of the matter is, most people that are commenting that “I pay for classes, I can go wherever I want”, well they are right. This does not make you a “Creonte”, it perhaps makes you a smart consumer.
However at the same time these same people will likely never have the opportunity to even be in a position where anyone would seriously call them a “Creonte”.

So stop talking about your monthly gym membership, and your right to take your business wherever you want, no one is arguing that.