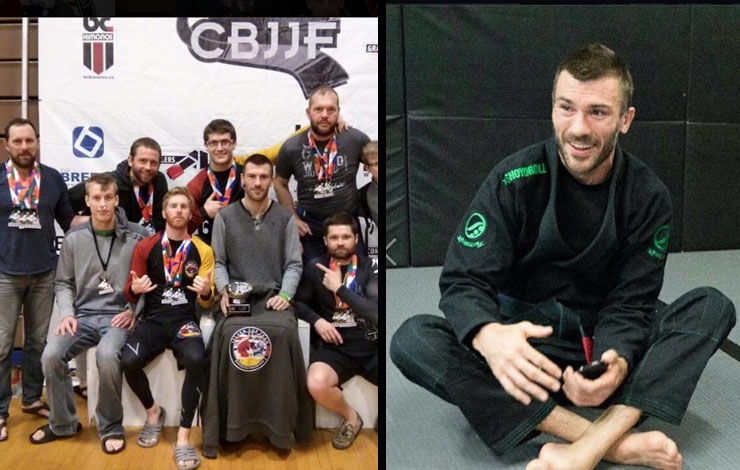 The creonte mentality is something that was rehashed over and over in the recent bjj culture. The term was originally coined by legend Carlson Gracie. Creonte was the name of a character in a popular Brazilian Soap Opera. He frequently changed alliances in the show, and Grandmaster Carlson Gracie started using the term to describe a ‘traitor’.

However nowadays it’s hard to imagine the top guys being as good if they didn’t train together and essentially learn from each other.

But in a unique twist of events Island Top Team‘s headcoach gave an incentive to his students to branch out and try other academies:

In an effort to bury the archaic ‘creonte’ mentality, we would like to publicly declare that we encourage our students to train anywhere they please (in fact we offer to pay for the drop in fee to remove any barrier to visiting another club), and don’t care whether we are informed or not, we have no say whatsoever in what adults do with their time spent outside our academy. We invite other academies on the island to do the same.

Additionally, you may or may not know about the ITT visiting student program, but we host BJJ practitioners from all over the world for a week of classes and accommodations at no charge. So far this year we have had visitors from Washington state and California, and currently have students from Germany and Australia with us. We would like to contribute to the spirit of openness and sharing jiu-jitsu in our backyard as well as around the world, so please know that anyone from any club on the island is always welcome to drop in for a class at no charge, and our open mat is always open and free to everyone.

What do you think about this? Would you do a similar thing to help end the creonte mentality?