Logan Paul Considering Transition to MMA: ‘I am a Good Grappler’ 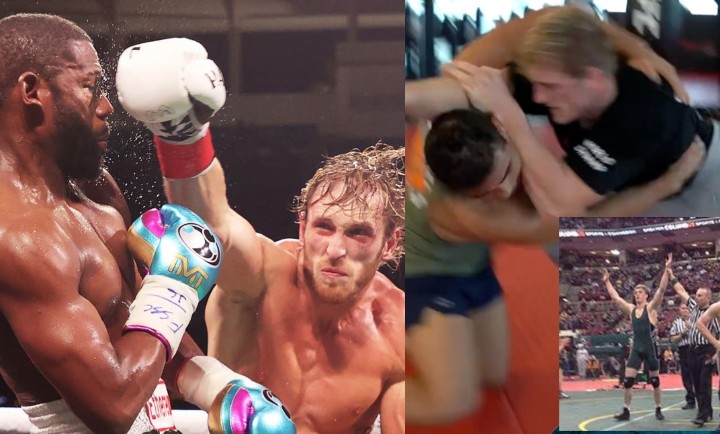 Youtube star Logan Paul has just fought Boxing GOAT Floyd Mayweather (50-0) and surprisingly went the distance (eight rounds) in their exhibition bout. After the fight, Paul was asked what is next for him.

Paul answered that he plans to stay in combat sports and is interested in transitioning to MMA.

Paul said at the post fight press conference: “I’d do MMA, for sure, because I am a good grappler. You know, I’m a wrestler at heart.”

“Regardless of the performance that was put on tonight, you know, this is my third fight. Let me get a little good, you know, and then for sure, yeah, I’ll be putting on prizefights. That’s the answer. I’m sure there’s a list of opponents on Twitter, people chirping, saying this, saying that. I’ll pick one. Make them f*cking get embarrassed. I don’t know. We’ll see.”

Last year Logan Paul was on the mats  with UFC fighter Paulo Costa at the UFC Performance Institute in Las Vegas.

Logan Paul who has more than 23 million subscribers on Youtube and is a multi-millionaire, has recently transitioned to a combat sports career when he fought fellow YouTuber KSI two times. The first match was a draw and the second was a unanimity decision loss.

He decided to train with Brazilian powerhouse Paulo Costa, who is 13-1 and a BJJ black belt.

I think MMA will be better for him [than boxing] because he has good wrestling fundamentals. His college, he comes from wrestling, so I think wrestling is his primary martial art.”