In Jiu-Jitsu, All Your Excuses About Losing Are Just Pathetic Lies 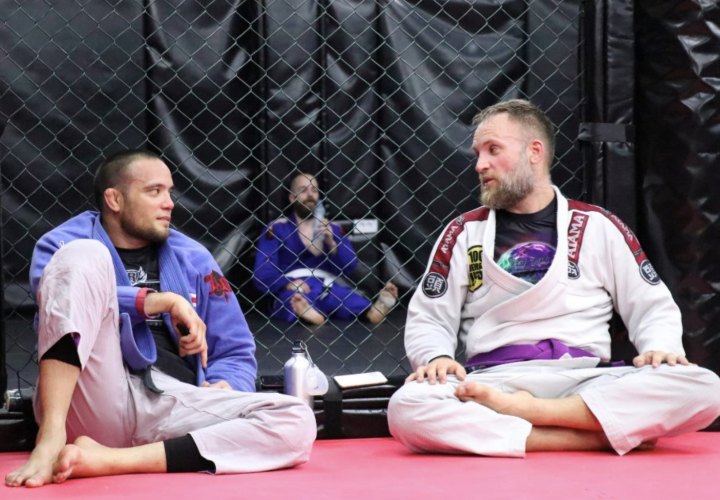 BJJ, the art of “checking your ego at the door”.
It’s true in many cases and senses, but in some areas, it can’t be farther from the romanticized truth.
In almost any friendly spar, you have the “before” and “after” conversation.
In these conversations, there are mostly excuses on why you might lose, or why you lost the spar.
Before the match, while you wait for your professor to start the clock, it’s your chance to lay out your array of excuses on why you may lose the match.

Before a match excuses:

– “I just came back to train after not training for X amount! I forgot everything and my cardio is bad!”
– “I lifted some weights today/yesterday and I’m really weak right now, can’t use half of my grips!”
– ”I just recovered from the flu last week so I am still weak!”
– “I didn’t eat anything today/didn’t sleep well tonight, really weak right now!”
– The injury excuse. Now this is a tricky one, because it can be a legit reason for working differently while sparring. I am mostly injured with my back and what I usually say is “my back hurts today, but don’t worry about it, I’ll tap if something happens”. If it really hurts, I can ask to work from a certain position or just work defensively myself.
It becomes an excuse when you say “I’m recovering from a shoulder injury but it’s ok”. And then you go for the kill, if you lose, you take out that injury card and say “yeah it hurt so much that I wasn’t able to push you when I needed to escape that submission”. Or the awful stop before tapping because your “injury” hurts too much.
– “I’m dead tired from my last round, I work with *insert big Russian guy name* last round!”
– “At our academy we don’t train leg locks so…” – it means “If you catch me with a leg lock, it doesn’t REALLY count”.
– “I do mostly MMA and barely train sport JJ” – it means “Maybe you’ll beat me with your modern trickery, but if it was A REAL FIGHT I would beat you”.
Don’t do that. Don’t lose before you start. Just tap.

After a match excuses:

– “Wow! You are so strong!” – The famous insult disguised as a compliment that says: “You are not technical, only strong” but really should say “I am not technical enough”.
– “I was trying to work on something new today”.
– “Yeah I wanted to work on my bottom side/escapes today. I’ve entered some bad positions of purpose.”
– The notorious “teach instead of tap” reaction. When someone (usually an upper belt) sees that he has no way to get out of a submission, he starts to “teach” the person against him (usually a lower belt) and guide him how to “properly” finish the tap. Then you can tap with no resistance after you “helped” him. You feel that you avoided tapping to a lower belt, but that doesn’t work on anyone anymore. This is a very shallow method.
Don’t do that. Don’t steal their moment. Give them the good feeling of improvement and progress. Especially if it is someone who you used to tap all the time.

Don’t take the victory from your partner.
Take ownership. Focus on results, not excuses.
Yeah, you put a lot of work into your training, and sometimes it really hurts to get caught by someone you thought you should beat.

But making excuses won’t change the truth, all your excuses are lies.
I’m no saint. In my 18 years of BJJ I probably used ALL OF THEM at some point. We all do it and we all should try to rise above it.

Just try to improve. No one cares if you tap – your goal is to learn and to be the best version of yourself. Not to compare yourself to your friends on the mat.
Own it, keep training, get better.